The so-called ‘Group of Death' is coming to a close but not many of us expected all four teams to still have a chance of qualifying from Group F with one game still to play. Germany's big win over Portugal means they sit second in the group and a draw in their final game would see them qualify for the next round. Hungary managed to draw with France to keep their Euro 2020 dreams alive but now face a must-win game against Germany on Wednesday.

Read on for our full match preview and prediction for Germany vs Hungary in the European Championship.

Germany looked far better going forward against Portugal than they did against France, scoring 4-goals on their way to victory. The Germans now face the weakest team in the group, Hungary, and we're fully expecting Low's side to secure all 3pts. However, Germany are yet to keep a clean sheet at Euro 2020, so we're backing both teams to score in Wednesday's clash.

Three of the last seven encounters between Hungary and Germany have produced over 3.5 goals, and we're expecting another goals-filled 90-minutes on Wednesday. Two of Germany's last three fixtures have produced over 3.5 goals and Hungary have only failed to score in two of their last six international matches. Hungary have looked decent going forward at Euro 2020 but always seem to offer their opponents a number of goal-scoring opportunities.

Thomas Muller is yet to score at Euro 202 but came very close during the 4-2 win over Portugal. Muller have scored 39-goals in 104 caps for the senior German international side and scored 15-goals in 46 games for Bayern Munich this season, so he is a great bet to score anytime against a Hungary side that is yet to keep a clean sheet in this tournament.

This match really has the potential to be entertaining for the entire 90-minutes and might even surpass the 6-goal thriller Germany produced with Portugal last time out.

Germany scored 4-goals against Portugal and conceded 2, while Hungary got on the scoresheet against a French side that are renowned for the strong defence. The Hungarians also shipped 3-goals in their first game against Portugal and Germany recently won 7-1 against Latvia. There is history between these two teams of a lot of goals being scored. In 2001, Germany ran out 5-2 winners against Hungary in a friendly with Bohme, Kehl, Janker, Baumann and Bierhoff all getting on the scoreboard. In 1954, Hungary thrashed Germany 8-3 with their best-ever player Puskas getting on the scoreboard but amazingly, only scoring the one goal.

Germany got their Euro 2020 campaign back on track with a fabulous 4-2 win over Portugal. Easy the game of the tournament, Germany looked really good going forward and could have scored more goals, but their defensive issues were also on show. Low would love his side to keep a clean sheet and secure all 3pts against Hungary but their opponents are playing for a win and will through everything they have at the favourites.

Hungary were backed to lose all three games in Group F and after their 3-0 defeat to Portugal, that appeared to be the case. However, a much more spirited performance against France saw Hungary keep their dreams of progressing through to the knockout stage alive courtesy of a 1-1 draw. If a point against the World Champions doesn't get you fired up ahead of a must-win game against Germany, then nothing will. Germany appear to be getting better and better with each game that passes and that isn't good news for Hungary. 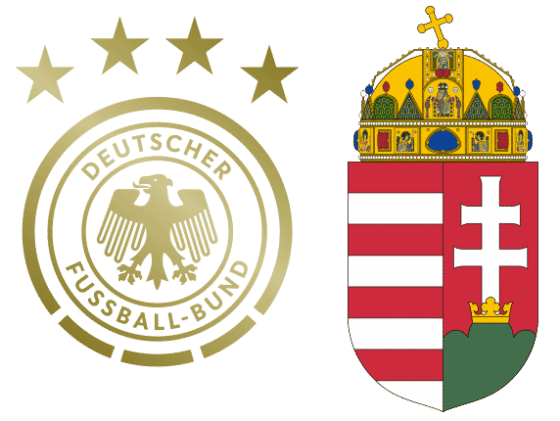