Sweden have won five of their opening six World Cup qualifiers and now make the trip to struggling Georgia looking for the points that will keep them top of Group B. Georgia aren't going to qualify for Qatar 2022 as they have only managed to secure 4pts from their opening seven matches and sit second from bottom on goal difference.

Here are our predictions for Georgia vs Sweden.

The first meeting between these two teams might have ended up being a lot more tight and tense than expected, but we're backing Thursday's clash to produce more goals. Over 2.5 goals have been scored in four of Georgia's last six fixtures, while at least three goals have been produced in five of Sweden's last six outings.

Isak is the up and coming star of the Sweden squad and has already netted 4-goals in qualifying so far. With Ibrahimovic now back in the squad and adding an extra creative force to this Sweden side, we're backing Isak to find the back of the net against Georgia this week. The Real Sociedad man has a bright future ahead of him and has scored 3-goals in La Liga this season, picking up from where he left off last time (netting 17-goals in 34 appearances during the 2020/21 campaign).

Georgia secured their first win of the qualifiers last time out when they made the trip to Kosovo on the 12th of October. A goal from Okriashvili put the visitors in front in the 11th-minute but on the stroke of half-time Muriqi converted a penalty to make it 1-1-. The game looked to be heading for a 1-1 draw until Davitashvili netted an 82nd-minute winner for the Georgians.

Sweden played host to Greece last month where second-half goals from Forsberg and Isak helped the Scandinavians on their way to yet another 3pts in Group B. Sweden look as strong as the back as they did in Euro 2020 and now that Ibrahimovic is back in the side helping to create goals as well as score them, the Swedes have added even more of an attacking threat to their game. 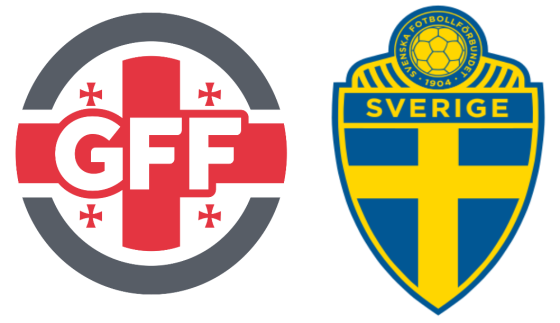