Two teams battling for their Serie A status go head-to-head this weekend as Sampdoria play host to Genoa. A win for the home side could take them 8pts clear of the drop zone but a defeat would allow Genoa to move to within 2pts of Sampdoria.

We're expecting this game to be tight and tense throughout as both teams know just what is at stake. Both teams have scored in just two of Sampdoria's last five matches as well as in just one of Genoa's last six outings, so you can see just why we're not backing both teams to score on Saturday.

Under 2.5 goals have been scored in four of the last six league meetings between these two clubs and we're predicting another close and competitive 90-minutes this weekend. Four of Sampdoria's last five fixtures have witnessed fewer than three goals scored and five of Genoa's last six games have produced under 2.5 goals, adding further weight to our second prediction for this weekend's clash.

Everything you need to know about Sampdoria vs Genoa

A win would distance Sampdoria from the relegation battle

Sampdoria picked up a decent point on the road in their last game against Verona. A goal late in the first half from Caputo put Sampdoria in front at the break but the visitors couldn't hold onto their lead and conceded an equaliser with 12-minutes left on the clock. Sampdoria sit 16th in the table following that result, 5pts ahead of Salernitana and Genoa, so it is crucial that they don't lose at home this weekend.

Genoa faced a must-win game at home to fellow strugglers Cagliari last time out. The game itself appeared to be heading for a goalless draw as both teams struggled in the final third but a minute from the end, Badelj made himself a hero to the Genoa faithful by scoring the game's only goal and giving Genoa a genuine chance of escaping relegation with four matches left to play.

Sampdoria: Giovinco and Gabbiadini are the two main injury concerns for the hosts.

Genoa: Rovella, Cambiaso and Vanheusden could miss out this weekend through injury. 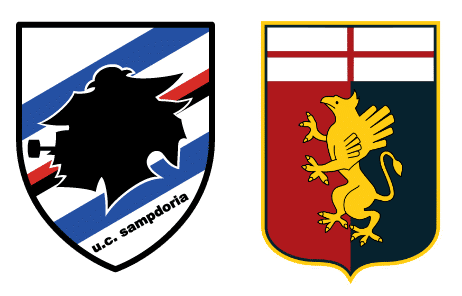