Two teams struggling to find any kind of consistent form go head-to-head in the Premier League on Friday night as Fulham play host to Wolves. The home side could move out of the bottom three if they win while a defeat for the visitors could drag them right back into the relegation battle. Read on for our full match preview and prediction for Fulham vs Wolves in the Premier League.

Our Top Free Tips for Fulham vs Wolves

Both teams have scored in just one of the last five meetings between Fulham and Wolves. Just two of Fulham's and three of Wolves' last six outings in the Premier League have ended with both teams scoring, so you can see why we are only backing one of these two sides to find the back of the net on Friday night.

Each of the last five matches played between these two clubs have produced under 2.5 goals, with Wolves winning 1-0 when the two sides locked horns in October. Under 2.5 goals have also been produced in three of the host's and four of the visitor's last six Premier League games.

The last two encounters between Fulham and Wolves have ended 1-0 and while Wolves won on both of those occasions, Fulham have the home advantage this time around. Wolves have only managed to win one of their last six away games and Fulham will be heading into this game knowing that it provides a great chance to move out of the bottom three.

Fulham vs Wolves: The Key Stats and Odds

A tight and tense 90-minutes expected at Craven Cottage

Fulham looked like they might get a result at Aston Villa last time out after they took the lead, but a late collapse saw the home side run out 3-1 winners. Scot Parker will be letting his players know just how important a win on Friday night would be to their chances of remaining in the Premier League for another season, and the hosts certainly have a chance against a Wolves side that have struggled for goals this season. Unfortunately for the home side, Lookman, Rodak and Cairney have been ruled out of Friday's game through injury.

Wolves sit 9pts clear of Fulham, which sounds like a lot, but the current form and overall performance of Nuno Espírito Santo's side does leave cause for concern heading into the business end of the campaign. Wolves are without a win in their last five matches, losing three times and drawing twice. However, a win on Friday would take the club onto 38pts and practically end any genuine relegation fears. One goal could prove enough in this game as both clubs don't create or take enough of their chances, but the visitors will have to do so without Jimenez, Marcal, Jonny and Boly all of whom are on the injury list.

FAQ about Fulham vs Wolves 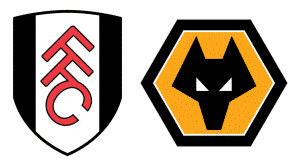