Fulham might already be relegated and have nothing to play for on the final day of the season but they will have the fans in the stadium supporting them, and that could make all the difference. Newcastle currently sit 15th but could still climb as high as 12th in the table with a win and that will make a difference to the prize money they would receive.

Read on for our full match preview and prediction for Fulham vs Newcastle in the Premier League.

Both teams scored when these two sides last met in December and we're expecting more of the same from the pair this weekend. Four of Fulham's and five of Newcastle's last six outings in the Premier League have ended with both teams getting on the scoreboard.

Two of the last four league meetings between Fulham and Newcastle have produced over 2.5 goals, with exactly 4-goals being scored on each of those occasions. Fulham slipped to a 3-1 defeat at Southampton recently and four of Newcastle's last seven outings in the Premier League have produced over 2.5 goals, including a recent trip to Leicester which they won by four goals to two.

Joe Willock has been in such great form for Newcastle since arriving in January that Arsenal must be very excited to get him back in their squad. The 21-year-old English winger has scored 7-league goals for Newcastle this season and has been on target in each of his last five appearances for the club, so you can see why we're backing Willock to score on Sunday.

The Stats: Fulham vs Newcastle

Fulham will be hoping to give their fans something to cheer

Fulham secured an impressive 1-1 draw away at Man Utd last time out and will be looking to leave the Premier League with a bang on Sunday in front of their own fans. The results just haven't arrived for Scot Parker's men this season but we're sure they will be back in contention for promotion next season. Fulham could still drop one more place in the table if they lost this game and West Brom won, so the hosts do have some motivation this weekend. Kongolo has been ruled out of the final game of the season and there are injury concerns over Cairney, Robinson, Mitrovic and Reed.

Wilson, Lascelles, Fraser, Darlow, Joelinton and Hayden look set to miss the trip to Fulham, while there remain doubts over Saint-Maximin, Dubravka and Anderson, but Schar does return to the squad following a suspension. Newcastle have been putting in some impressive performance towards the tail end of the campaign and will be aiming to make it back-to-back wins on Sunday after they beat Sheff Utd 1-0 last time out. We're expecting an open and attacking game from both teams in what could turn out to be one of the most entertaining games on the last day of the 2020/21 Premier League season. 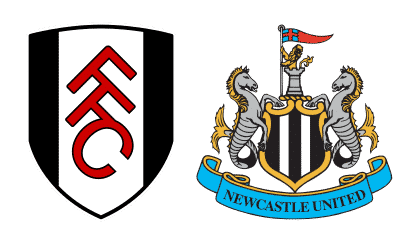