Liverpool got off to the perfect start to the new Premier League season as they claimed the first piece of silverware by beating title-rivals Man City in the Community Shield. Newly-promoted Fulham played an exciting brand of open, attacking football to blitz their way to the Championship title but will that style leave them exposed in the Premier League?

Playing away at a newly-promoted club is often seen as a tricky opening game but Liverpool will see it as a great opportunity to put 3pts on the board. The visitors have won four of their last six encounters with Fulham and over 2.5 goals have been scored in three of the pair's last six head-to-heads. At least three goals have also been scored in four of Fulham's and four of Liverpool's last six outings in all competitions, so you can see just why we're counting on goals this weekend.

Both teams have scored in three of the last five meetings between these two clubs and the style of football both sides have adopted suggests that we will be treated to goals at both ends of the pitch this weekend. Both teams have found the back of the net in each of Fulham's last three matches and we expect the home side to play that attacking football that impressed so much last season, which will give Liverpool plenty of space in behind to create chances of their own.

Everything you need to know about Fulham vs Liverpool

Liverpool expected to get off to a winning start

Fulham have been busy in the transfer market this summer, bringing in the likes of Palhinha from Sporting for £18m, Pereira from Man Utd for £8.55m, Mbabu joined from Wolfsburg for just under £5m and former German international goalkeeper, Leno, arrived from Arsenal for £3.25m. Fábio Carvalho who left the club this summer to join Liverpool could face his former teammates this weekend.

Liverpool took on Man City at Wembley in the traditional curtain raiser to the new Premier League season, the Comunity Shield. Both teams went with strong starting lineups and it was Liverpool that struck first through Alexander-Arnold in the 21st-minute. Liverpool led 1-0 at the break but City managed to equalise through new signing Alvarez in the 70th-minute. However, a Mohamed Salah spot-kick put the Reds back in front 7-minutes from time and new signing Darwen Nunez confirmed the victory with his first goal for the club deep into stoppage-time.

Fulham: Nathaniel Chalobah, Joe Bryan and Harry Wilson could all miss the opening game of the season through injury. 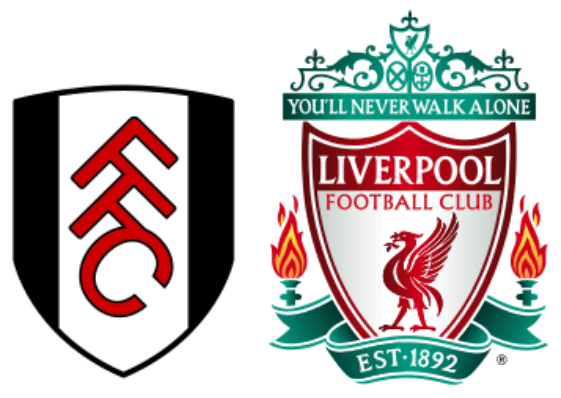