Fulham are guaranteed to be a Premier League side next season and Bournemouth could soon join them. Who will win this clash between the likely top two? Find out with our Bournemouth vs Fulham match preview with free tips, predictions and odds mentioned along the way.

This game is a tough one to call with both sides the standout Championship sides by far this season. Despite that, we are backing Bournemouth to emerge victorious. Not only is their form a bit better than Fulham's, who have suffered a couple of defeats in recent weeks, but they have home advantage and, on a more emotional note, it's so common to see a team achieve their goal and then drop their level. With Fulham having confirmed their promotion on Tuesday evening, that could happen here.

Bournemouth and Fulham are the highest scoring teams in the league but we think at least one of them will fail to score when they clash on Saturday. Bournemouth's last five games have seen both teams score on just one occasion with their last four all seeing at least one side keep a clean sheet. As for Fulham, only two of their last five matches have seen both sides score goals. Finally, you have the head to head record. That shows three of the last five games featuring a ‘nil'.

Here are the key stats & form guide for Bournemouth vs Fulham

Bournemouth vs Fulham: Let's look at the predicted lineups

Barring a miraculous Bournemouth collapse, this fixture will be a Premier League one next season. Can the best two teams in the division serve up an advert for the second tier before moving on up?

Bournemouth are edging towards promotion and whilst it won't be mathematically done and dusted with a win here, it would make it highly unlikely anyone else will catch them in second. A loss wouldn't damage those hopes too much either albeit might be a blow to confidence.

Fulham have been the best team in the league by far this season both in terms of performances, goals and points. They've secured their promotion before anyone else as a result and a win here would put them 12 points clear of Bournemouth who will have four games left to play; given their goal difference, it would make them Champions – even though they'd need to wait a little longer for the trophy engraving to confirm it.

A quickfire FAQ on Bournemouth vs Fulham 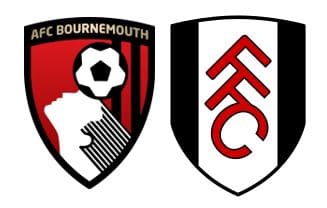