Freiburg welcome Werder Bremen to the Europa-Park Stadion in the German Bundesliga on Saturday, October 22nd. Freiburg are hoping to bounce straight back from their mauling against Bayern Munich when they take on Bremen. Read our free predictions and find the latest odds for the fixture below in our detailed match preview.

Freiburg have won four of their last five home games in all competitions ahead of their latest test at the Europa-Park Stadion against Werder Bremen. Read our top predictions for this weekend’s fixture below.

Freiburg’s strong start seems to be losing a little steam and their damaging 5-0 loss at Bayern Munich could have a lasting effect on their confidence. Freiburg have now won just one of their last five fixtures in the Bundesliga and they are starting to lose their grip on a place in the top four. Werder Bremen meanwhile, are still unbeaten on the road since their promotion and having won three of their last four tussles as the visiting team, they will believe they can make life uncomfortable for shaky Freiburg. With that considered, we recommend backing Bremen in the double chance market on Saturday.

Werder Bremen have been a tough nut to crack on their travels this term, though they have found it difficult to secure clean sheets away from home. Indeed, Werder have conceded in all but one of their five away fixtures since the summer, though the better news from their perspective, is that they’ve managed to notch at the right end in 100% of the same games. BTTS bettors have found plenty of joy following Werder’s journey this season, with 80% of their matches overall producing action at both ends. We expect that pattern to continue in Freiburg this weekend.

Top Betting Odds and Stats for Freiburg vs Werder Bremen

Check out our list of the best stats for Saturday’s match below alongside a tool to help you choose the juiciest odds.

Read all of the latest injury updates and team news for Saturday’s Bundesliga bout between Freiburg and Werder Bremen below.

Freiburg have no injury worries to report this week, though Christian Streich might be motivated to mix things up after his team were hammered 5-0 by Bayern Munich last week. Freiburg are still third in the table, though another poor result could trigger a rapid descent down the standings.

Defender Marco Friedl is out injured for Werder Bremen as are midfielders Nicolai Rapp and Jean-Manuel Mbom. All three players are expected to return next month. Werder lost at home to Mainz last weekend, though they have yet to lose on the road since their return to the top flight. 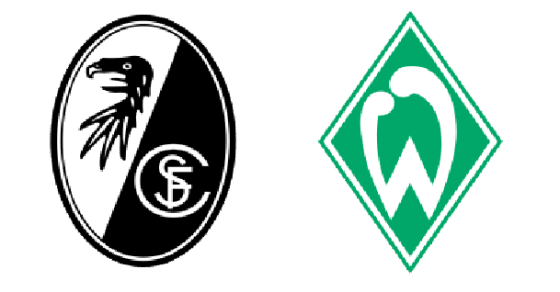 Who is Freiburg’s manager?

Christian Streich has been Freiburg’s manager since 2011.

The bookmakers have priced Freiburg as their favourites to win this weekend.