Freiburg come into this fixture on the back of a splendid set of domestic and European results. They take on Main 05 at the Europa-Park Stadion. This will be a preview of Bundesliga match which takes place on October 1, 2022.

Freiburg have been in excellent form this season and the team are 13th in the standings coming into this fixture. Even though Freiburg have not beaten Mainz in the last four attempts, the sharp contrast in form between the two teams is a strong reason to go behind the home team. Mainz have been struggling for form with the team only picking one win in the last four games.

A major strength of Freiburg so far this season has been the defence, which has only conceded five goals. Only Union Berlin have a better defensive record than Freiburg after the first seven matches. Meanwhile, Mainz do not score a lot of goals with the team only averaging one goal per game.

Freiburg vs Mainz: Check out the best odds and the latest stats

Freiburg have decent form so far this season and the team has been defensively solid much to the delight of manager Christian Streich. The 57-year-old’s overall record against Mainz is not particularly impressive and he is still searching for his first victory against Bo Svensson.

Mainz have a decent away record even against Freiburg, but manager Bo Svensson will be aware that his team needs to come in with a much improved performance to have any chance of picking up points in the upcoming match. The recent performances from the team have not been good enough and they have slipped to eighth place in the table.

Freiburg: Roland Sallai and Kimberly Ezekwem are certainly ruled out of the match because of injuries. Meanwhile, Lucas Höler’s participation in the game is under major doubt after having just recovered from a broken foot.

Mainz: After a recent red card, Alexander Hack is unavailable for the upcoming match due to suspension. Jonathan Burkardt and Marcus Ingvartsen could potentially miss the match due to injuries to the foot and knee respectively.

Questions About Freiburg vs Mainz 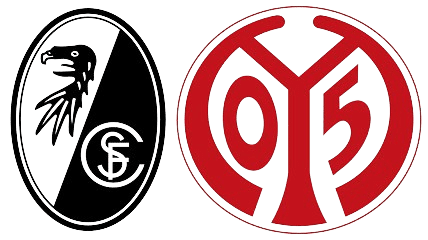 Which team is the favourite to win? Freiburg

Where is the game being played? Europa-Park Stadion.