Bayer Leverkusen take on Freiburg at the BayArena in the Bundesliga on Saturday, September 3rd. Can Bayer grab their second victory of the campaign when Freiburg visit? Read our free predictions and find the latest odds for the fixture below in our detailed match preview.

Bayer Leverkusen should be full of confidence following their first win of the season when Freiburg visit the BayArena on Saturday. Read our top predictions for this weekend’s fixture below.

The relief was palpable last week when Bayer Leverkusen finally secured their first win of the new campaign with a fine 3-0 victory at Mainz and with some of the pressure alleviated, Die Werkself should be a more confident force for the visit of Freiburg on Saturday. The Breisgau-Brasilianer are in good early form, though their fixture list has largely been kind and their solitary loss against a high-calibre opponent, Dortmund, provided plenty of telling evidence about their level. Bayer are close to finding their stride and a second win on the spin could be in the offing here.

Bayer Leverkusen got their season up and running with their triumph at Mainz last week, though there was a stinger in the tail when they lost centre-half Peiro Hincapie and wingback Mitchel Bakker to late red cards. With both players suspended for Saturday, a clean sheet seems unlikely for Bayer, though they should have enough firepower at the opposite end to compensate. Leverkusen have failed to score in just three of their last 15 Bundesliga assignments at home, so back both teams to register this weekend.

Top Betting Odds and Stats for Bayer Leverkusen vs Freiburg

Check out our list of the best stats for Saturday’s skirmish below alongside a tool to help you choose the best odds.

Read all of the latest injury updates and team news for Saturday’s Bundesliga encounter between Bayer Leverkusen and Freiburg below.

Karim Ballarabi, Andrey Lunev, Amine Adli and Florian Wirtz are all out of action for Bayer Leverkusen. Piero Hincapie and Mitchel Bakker will both miss Saturday's game too, having been sent off late on against Mainz last weekend. Odilon Kossounou and Timothy Fosu-Mensah could deputise.

Defenders Kimberly Ezekwem and Lukas Kubler are expected to sit out Saturday's game for Freiburg, while midfielder Maximilian Eggestein will miss out with a broken wrist. Up front, Lucas Holer is out while Kevin Schade has an abdominal complaint. 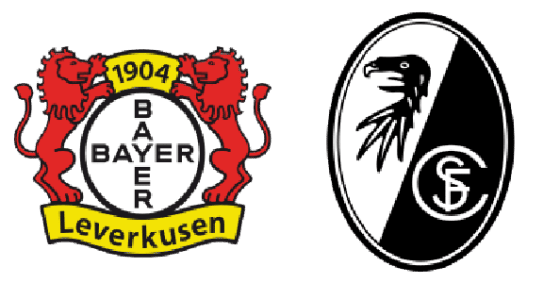 Bayer Leverkusen beat Freiburg 2-1 when the teams last met in May.

The BayArena will host Bayer Leverkusen’s clash with Freiburg on Saturday.