Top free betting tips and odds for Freiburg vs Bochum

Freiburg and Bochum face each other in their coming Bundesliga engagement on Saturday, 16 April. The hosts collected three points in the last game but Bochum ended their last game in a draw.

Freiburg has managed only two victories in the last five league attempts but has been undefeated in six of the previous seven home attempts, losing only the last one. On the other hand, Bochum played three unbeaten games in a row across various competitions recently. But the team has secured only one win in the last six away challenges, losing three of them. Additionally, most of the H2Hs at Freiburg’s home ended in a draw. However, we see the change in trend and predict the home advantage for Breisgau-Brasilianer.

Three of the last four duels between these teams concluded with a total of over 2.5 goals. Freiburg hit the back of the net nine times in the last five home attempts, scoring two in three of them. Bochum made only five attempts on target to score in the previous five games. However, the visitors scored five goals in the previous three H2Hs. So we predict the same trend to be followed in this game.

Freiburg vs Bochum: Check out the best odds and the latest stats

Freiburg vs Bochum: Check out the team lineups

Breisgau-Brasilianer made a crucial win to stay in the race of top four in the away victory against Eintracht Frankfurt. Having 13 wins and nine draws in 29 games, Freiburg are fifth with 48 points. The club manager Christian Streich will have two players out of the game due to fitness concerns.

Die Unabsteigbaren failed to stretch their winning form and dropped two points again in their last game against Leverkusen. A long run of winless games including 13 defeats got Bochum to the twelfth position, having only ten points above the relegation zone. Jurgen Locadia is the only player on the injury list to miss out on the next game.

Questions About Freiburg vs Bochum 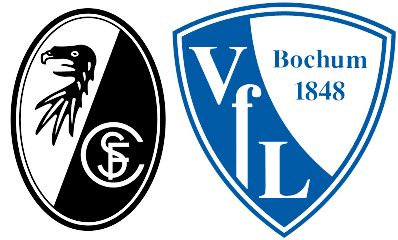 Where is the game being televised? Sky Bundesliga.