West Ham make the trip to Germany for the 2nd leg of their Europa League Semi-Final against Frankfurt trailing the German side by two goals to one. The mission for the Hammers is simple, win by at least one goal to give yourself a chance of progressing, but that could prove much easier said than done.

Both teams found the back of the net in London last week and we're predicting another end-to-end 90-minutes in Frankfurt this week. Both teams have scored in four of Frankfurt's last six outings in league and cup as well as in three of West Ham's last four matches, adding further weight to our second prediction for Thursday's 2nd-leg in Germany.

All you need to know ahead of Frankfurt vs West Ham

West Ham have it all to do in Germany

Frankfurt made the trip to Leverkusen at the weekend hoping to avoid picking up any injuries ahead of the midweek clash with West Ham. You could tell that the Frankfurt players weren't giving 100% as they slipped to a 2-0 defeat. Paulinho made it 1-0 in the 18th-minute and early in the second forty-five, one of Euro 2020's stars, Schick, scored the home side's second and final goal of the game.

There was an air of inevitability about West Ham's home defeat to Arsenal on Sunday. Holding scored his first-ever Premier League goal to put the Gunners 1-0 up in the 38th-minute but Bowen equalised for the Hammers right on the stroke of halftime with an instinctive close-range finish. However, early in the second half, West Ham were beaten in the air once again as Arsenal's other centre-back, Gabriel, made it 2-1 and there was no way back for the home side.

West Ham: Benjamin Johnson and Angelo Ogbonna the main injury concerns for the Hammers ahead of their trip to Germany. 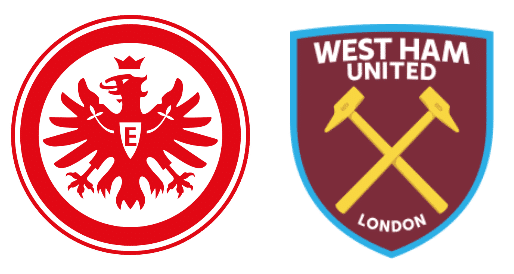