Rangers to Lift the Trophy

Two teams with limited history in European finals go head-to-head on Wednesday 18th May to see who will be crowned the Europa League champions. Frankfurt won the European Cup in 1960 and finished as runners-up in the UEFA Cup back in 1980, while Rangers lifted the Cup Winners' Cup in 1972, a competition they were twice runners up in, and made it to the final of the 2008 UEFA Cup only to lose to Zenit St Petersburg.

Rangers to Lift the Trophy

Our prediction for ‘Rangers to Lift the Trophy' covers us if Rangers win in normal time (90-mins), extra-time or penalties and is accompanied by really good odds. We could have backed Rangers to win but that would only pay out if Rangers won during the opening 90-minutes plus stoppage time and we're expecting a really close and competitive final that could go all the way to penalties. Rangers defied the odds to beat RB Leipzig of the Bundesliga in the semi-finals and although they head into the Europa League final as the underdogs, we're backing the Gers to do Scotland proud.

There is a very good chance that we will be treated to goals at both ends of the pitch in Wednesday's Europa League final. Four of Frankfurt's last six outings in all competitions have seen both teams score and the Germans have only managed to keep one clean sheet during that period. Four of Rangers' last five outings have seen both teams get on the scoreboard and like Frankfurt, they too have only kept one clean sheet in that time.

Can Rangers upset the odds to become Europa League champions?

Frankfurt played out a 2-2 draw in their weekend clash with Mainz which confirmed a disappointing finish to their Bundesliga campaign. Frankfurt simply have to win on Wednesday if they want to play European football next season after finishing 11th in the Bundesliga table with a goal difference of -4. The favourites to win the Europa League final have some defensive issues that have been worsened by the injuries to N'Dicka and Hinteregger, something Rangers will be looking to take advantage of.

Rangers beat Hearts 3-1 on Saturday to close out the Scottish Premiership season. The Gers will have to make do with finishing as runners-up to Celtic this time around but could still have the last laugh if they win on Wednesday night and go on to secure the FA Cup a few days later against Hearts. Rangers have been in good goalscoring form of late which bodes well ahead of what should be a tough final. Having beaten RB Leipzig in the semi-finals, the Scottish side should be confident in their chances of brushing Frankfurt aside to claim their first European trophy in 50-years. 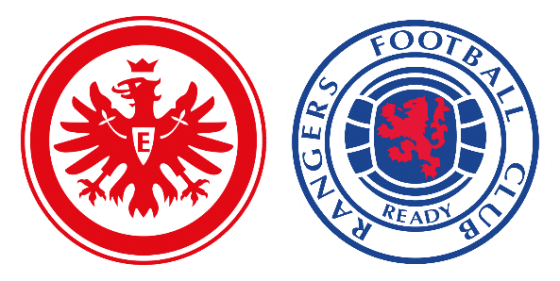