Top free betting tips and odds for Frankfurt vs Freiburg

Following their lengthy sequence of draw games, Frankfurt aims for the win when they host Freiburg in the next Bundesliga attempt. The visitors arrive at this duel after dropping three points in the last meeting.

Eintracht Frankfurt are unbeaten in the last eight attempts of various competitions, registering three wins in that course. The Eagles also made two consecutive wins in the recent H2Hs against Freiburg. On the other side, Breisgau-Brasilianer made only one victory in the last four outings. The visitors were also unable to succeed in the last four duels against Frankfurt. So we believe the Eagles will get back on their winning track after this game.

Although Frankfurt didn’t make enough effort to get the ideal results, they scored in four of the last five home games. On the contrary, Freiburg hit the target in seven of the previous eight outings. Moreover, all of the recent H2Hs in the hosting of Moody Diva concluded both teams on the scoring side. So we expect the same trend to be followed again in this fixture.

Frankfurt vs Freiburg: Check out the best odds and the latest stats

Frankfurt vs Freiburg: Check out the team lineups

The Eagles lost the lead of 1-0 in the second half of the last game against Barcelona and ended in a draw at the end. With ten victories and nine draws so far, Eintracht Frankfurt are at the middle of the table with 39 points. The club gaffer Oliver Glasner will report two fitness concerns in the team ahead of this game.

Breisgau-Brasilianer were hammered by the table leader, Bayern Munich with a defeat of 1-4 in the last game. However, 12 wins and nine draws got the team to the fifth position of the points table with 45 points. Yannik Keitel and Kevin Schade would not be available for the selection due to injury concerns.

Questions About Frankfurt vs Freiburg 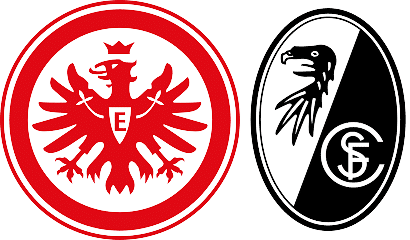 Who won the last h2h? 0-2 in favour of Eintracht Frankfurt.

Where is the game being televised? BeIN Sport Connect and Viaplay.