Group F rivals France and Germany do battle on Tuesday in what the media have dubbed the ‘group of death' due to the fact that three top-class countries have been drawn together. Portugal make up the third ‘big' team in the group while Hungary are expected to be the whipping boys, so it is vital to get off to a positive start in the opening round of fixtures.

Read on for our full match preview and prediction for France vs Germany in the European Championship.

While France haven't lost any of their last five matches against Germany, it is important to remember that this game will be played in Munich and Germany have held France to draws in the last two matches played on German soil. France are the form favourites though with five wins and one draw from their last six matches, compared to Germany's three wins, two defeats and one draw. However, we expect Germany to use the home advantage to nullify France's attackers with a strong defensive display.

Four of the last six meetings between these two countries have produced under 2.5 goals and we're expecting another tight and tense affair in the pair's opening game of the group stage. Germany held France to a goalless draw when the two teams last locked horns in Munich and three of France's last five matches have witnessed fewer than three goals being scored.

France have kept clean sheets in each of their last four fixtures and when these two sides last went head-to-head in Munich, that game ended in a goalless draw. We have only seen both teams score in one of the last six encounters between these two nations and we're expecting that pattern to continue on Tuesday, for what we believe will be a very close encounter.

All you need to know for France vs Germany

France the favourites for this clash of the titans

France warmed up for the Euros with back-to-back 3-0 victories over Wales and Bulgaria but should be in for a much tougher 90-minutes against the three-time European Championship winners, Germany. France are the joint-favourites to win Euro 2020, which isn't a surprise considering they are the current World Cup holders and two-time winners of this competition. Benzema and Hernandez are both rated as doubtful to feature against Germany, which means that Everton's Luca Digne and Chelsea's Olivier Giroud could start on Tuesday.

Germany have a clean bill of health heading into their toughest game on Group F. Avoiding defeat against the Euro 2020 favourites will be the order of the day for Germany as they still have games against Hungary and Portugal to come. Germany have plenty of experience in key positions and that is likely to help them in these high-pressure games. Neuer has 100-caps to his name and will start in goal for what could be his last major international tournament, while centre-back Hummels has been here and done it all before. Kroos has made 102 appearances for his country and is a regular for Real Madrid, while Muller is a Bayern Munich legend and has chipped in with 39-goals in 102-caps for Die Mannschaft. 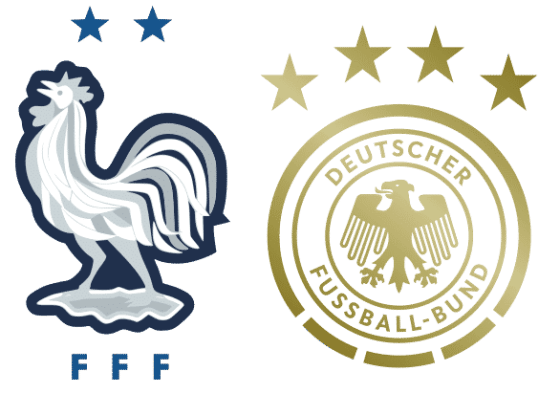