Utrecht come into this game as favourites. Will they live up to that tag and win? Find out with our Fortuna Sittard vs Utrecht match preview with free tips, predictions and odds mentioned along the way.

First of all, we would like to point out that these teams have a tendency to finish level when they meet; they've squared off eight times in the last four years, and four of those clashes ended in stalemates. In fact, three of the last four competitive fixtures between these teams ended in draws, including their last two. In the same vein, we should mention that both teams have struggled to find their best form lately. Fortuna Sittard have lost four games in a row, with no wins in their last seven matches; Likewise, Utrecht are without a win in their last six games. Considering both teams' recent struggles, we believe they'll share the spoils at the end of this match.

Fortuna Sittard have conceded a ridiculous amount of goals this season; they've allowed 12 goals in four league games, that's four goals per game on average. As a matter of fact, only one team has conceded more goals than Fortuna Sittard this season. Because of the way they concede, Fortuna Sittard have been involved in a lot of high-scoring games; their last five games saw at least three goals scored, with three of those games going over 3.5. Similarly, Utrecht have had their fair share of high-scoring games; as three of their last five games went above the 3.5 goal margin. With that in mind, we should expect at least four goals in this game.

Neither of these teams have been enjoying their football much of late with neither having won a single game across their respective last five. Utrecht, however, can at least boast a couple of draws, which is something the hosts are still waiting on. Surely they'll get off the mark soon!

Dominik Vergoossen will be happy not to have any major concerns as his side take on Utrecht; going into this match, Fortuna Sittard have a fully healthy squad. Will they be able to get their first win of the season against a struggling Utrecht side?

Unlike Fortuna Sittard, Utrecht have a long list of absentees for this match; Mike Van der Hoorn, Bart Ramselaar, Tommy St. Jago and Ramon Hendriks are are all ruled out due to knee injuries, while Arthur Zagre and Sander Van de Streek are the rest of the players on the injury roster.

A quickfire FAQ on Fortuna Sittard vs Utrecht 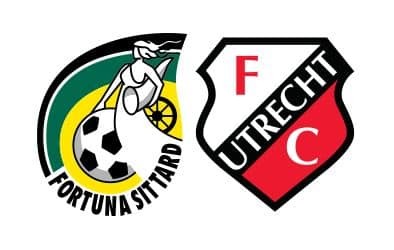