Fortuna Sittard are hoping for better fortunes ahead as they go up against Excelsior at the Fortuna Sittard Stadion this weekend. This will be a preview of the Dutch Eredivisie meeting between the two teams on September 17, 2022.

Fortuna Sittard ended up extending their winless start of the season after a 1-1 draw with NEC. The result also led to manager Meijer losing his job despite an injury time equaliser. Excelsior picked up a first victory in four matches as they beat Emmem 2-1 at home.

Fortuna Sittard have just under one a managerial change that could prove to be very positive for the team in terms of being able to secure the first victory of the season. Excelsior have done relatively well at home with two wins in the last three games, but they have been on the losing side in away matches quite often than not.

The recent offensive form shown by Excelsior has been quite good with the team managing goals in four out of the last five games. Even after the change in management, some of the problems for Fortuna Sittard might just persist with the team shipping goals from the start of the season with alarming consistency.

Top Dutch Eredivisie Stats ahead of Fortuna Sittard vs Excelsior

Fortuna Sittard vs Excelsior: Battle in the Dutch Eredivisie

Fortuna Sittard will be open for a massive improvement in results after the team after appointing Julio Velázquez as the new coach. The club had finally lost patience with Meijer after a very poor start to the season. Fortuna Sittard are still waiting for the first victory of the campaign. The new manager may make sense substantial changes to the starting line-up to invoke a response.

After a string of defeats, Excelsior are delighted to be back among the winning ways. The away matches, though, remain a problem for the team and it is unlikely that the situation may improve anytime soon. It is likely that Excelsior will be prepared for a big response from Fortuna Sittard in this game.

Fortuna Sittard: Dogan Erdogan is the only player unavailable for new coach Julio Velázquez, as the defensive midfielder is unavailable because of a suspension. The new manager is likely to make substantial changes to the starting line-up.

Excelsior: Excelsior manager Marinus Dijkhuizen only has Nikolas Agrafiotis on the injury front.

Questions about Fortuna Sittard vs Excelsior 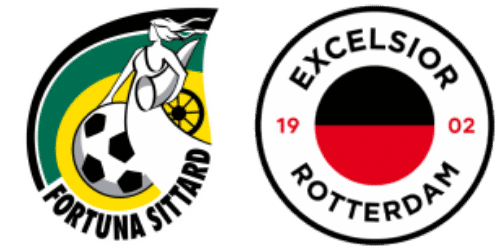 Where is the match scheduled? Fortuna Sittard Stadion

Which team is the favourite to win? Fortuna Sittard