Finland vs Wales might not be the most eye catching fixture of the week but if history tells us anything it's that it will be a hard fought encounter. Who will emerge as victors? Find out with our Finland vs Wales match preview with free tips, predictions and odds mentioned along the way.

Finland vs Wales: Our top picks

Nothing between the sides

When you look at recent form both sides have only won one game from their last five. Both could be categorised as good wins too with Finland beating Denmark away and Wales getting the better of Turkey away from home. The thing is, they've both had pretty ropey results too; Wales have failed to beat Albania whilst Finland lost to Estonia too along with some more expected defeats to boot. On top of having not incomparable form, past meetings haven't seen much between the nations. Wales have won two, Finland have won a couple with one drawn in the last five. Is it any wonder we're on the fence?

We've mentioned that these matches have traditionally not had much in them. Unfortunately, that is likely to be the literal case this time round; an under 2.5 goals bet carries good value. All of Finland's last five matches have come up short of the 2.5 mark with a game average of 1.4 goals. Wales shipped four goals last time out against Denmark but prior to that they'd been involved in four low scoring affairs. Even with that 4-0 drubbing included, their game average is just 1.8.

We've just touched on a pretty low average goals per game ratio for both sides; Finland's, however, is the most pathetic. What's more important is that across those five games we referenced Finland only contributed a solitary goal. It gives them a goals scored average of just 0.2 per game. With Wales having kept a couple of clean sheets in their last five games, it's hardly inconceivable that Wales leave their match against Finland with a clean sheet.

The best betting odds for Finland vs Wales

The two nations to play out a hard fought draw

Finland are not in good shape of late; they've won just two of their last 10 matches losing five of their last six games. More than the results though, Finland will be concerned about their lack of goals having netted just one in their last five games. If that's to change they'll need Joel Pohjanpalo and Teemu Pukki to step up.

Like Finland, Wales have hardly been in form they can shout about from the rooftops; they've won one of five and lost their last two. Goals haven't exactly been raining down for the Welsh either with just  three scored in their past five. One huge thing going in their favour though is that two of their attacking stars – Dan James and Gareth Bale – are actually getting regular minutes; that's not always been the case.

The final word on Finland vs Wales 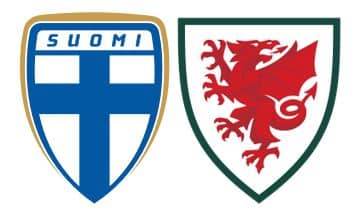