The Europa Conference League might not be the most glamourous European competition in the history of football but when the chips are down Feyenoord and Utrecht will desperate to put their names in the hat. Who though will make it? Find out with our Feyenoord vs Utrecht match preview with free tips, predictions and odds mentioned along the way.

Feyenoord vs Utrecht: Our top picks

Feyenoord to take the final step

Neither Feyenoord or Utrecht had a stunning end to the season with Utrecht drawing the last three and Feyenoord winning just one of their last five. There are a couple of reasons we're backing Feyenoord to win this game though. Firstly, they've now strung back to back wins together whilst looking pretty decent but, more importantly, Utrecht have only lost one game in their last 10 outings; Feyenoord inflicted that defeat on them. It means Feyenoord haven't lost to Utrecht across their last four meetings with Utrecht winning just one of the last 10 head to heads. A good omen for Feyenoord?

A game with plenty of goal action

Ordinarily, when these teams play one another the goals tend to flow. We are backing this match to be no different despite a pretty substantial prize being dangled on the line. Feyenoord have seen both teams score in half of their last 10 matches with Utrecht going one better than that at six from 10. The real clincher though is the fact that the last five meetings between the pair have all seen goals for both sides with 15 goals in total.

A narrow win for Feyenoord

Our first two tips have outlined that we expect Feyenoord to win without keeping a clean sheet but we don't think it will be a runaway victory with Utrecht simply grabbing a consolation. Feyenoord dominate the head to head stats over the past 10 games but rarely do they win at a canter. In fact, of the last 10 meetings only two of the matches have had more than one goal in them; even then you have to go back to April 2018. Two of the last three meetings have ended 2-1 Feyenoord. We expect more of the same.

Feyenoord vs Utrecht: Find the best odds and pre-match info

There wasn't much to separate these sides in the league table at the end of the campaign and it's of little surprise that it's Feyenoord and Utrecht who will be going head to head in the playoff for Europa Conference League football. With the new format being largely dismissed by traditional “big” clubs it means either of these sides could put a run together in Europe. Feyenoord edge the betting so it will be up to Utrecht to stop them. 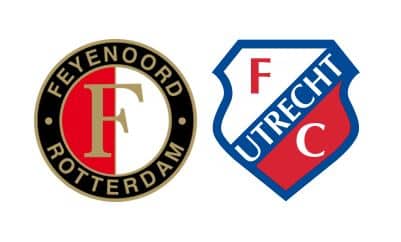