Feyenoord currently sit 2pts and one place behind the league leaders Ajax and could go top of the table with a win at home to local rivals Sparta Rotterdam, providing results elsewhere go in their favour. It's been a while since Sparta Rotterdam got one over on their neighbours Feyenoord, 2017 to be exact, so the odds are against this weekend's visitors.

Danilo has made a fantastic start to his career at Feyenoord after making the transfer from Ajax's reserves in the summer. The Brazilian forward has scored 5-goals in his opening five league games this season and we're backing him to score in the Rotterdam derby this weekend.

Everything you need to know about Feyenoord vs Sparta Rotterdam

Feyenoord could go top of the table this weekend

Last weekend, Feyenoord played out an epic 7-goal thriller at De Adelaarshorst against Go Ahead Eagles, having to come from behind to secure all 3pts. The home side went 2-0 up inside the opening 13-minutes but Feyenoord responded well and when it at the break level thanks to a double from Danilo. In the 56th-minute, Feyenoord took the lead for the first time in the match, Dilrosun scoring the visitors' third goal, and 11-minutes from time, Szymanski made it 4-2. Go Ahead Eagles did pull a goal back deep into stoppage-time but Feyenoord still won the game 4-3.

Sparta Rotterdam were in fine form last time out at home to Volendam. The hosts took the lead in the 14th-minute through van Crooij and led 1-0 at the break. A double from Lauritsen in the second forty-five put Sparta 3-0 up and Mijnans added a fourth 5-minutes from time to wrap up an impressive 4-0 victory.

Feyenoord: Lutsharel Geertruida and Ezequiel Bullaude are the two main injury concerns for the home side.

Sparta: Tim Coremans and Laurent Jans could both miss this weekend's derby match. 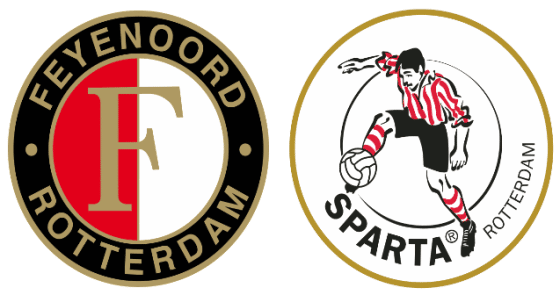