In this article, we will give you our best predictions for the Sunday Eredivisie game between Feyenoord and RKC, so stay tuned.

Our Eredivisie betting experts came up with the following wagering tips after reviewing all the necessary data.

Don't rush to place these wagers without checking to see if the odds have changed because prices can be updated at any time. Our recommended bookmaker for this match is Ladbrokes.

Both Feyenoord and RKC have had 60% BTTS games in the last ten they played in the Eredivisie. Also, the last two times these clubs played against one another, there were BTTS situations in 2019 and 2020.

Feyenoord has had an average of 2.9 total goals in all the Eredivisie games they played this season, while RKC's average is 2.6 total goals per game. 50% of the last ten Feyenoord games ended with more than 2.5 total goals and 60% of RKC's last ten games also ended that way.

Match Histories and Stats for the Feyenoord vs RKC Fixture

Check out the Feyenoord vs RKC statistics and form from their latest matches separately and with each other in the tables below.

Feyenoord has successfully qualified for the playoffs and if they improve their form, they can even secure a higher position in the Eredivisie table, while RKC is fighting to stay out of the relegation zone this season.

The only player on RKC's side who is currently injured is forward Morad El Haddouti. Feyenoord has four injured players (three forwards and a defender), but they should be able to keep up their current form because they have been out for a while now.

We expect there to be many goals on both sides because the last two times these clubs faced each other, not only did both of them score but there were more than 3.5 total goals in both matches. We don't know if there will be that many goals now, but we expect at least more than 2.5 this game. 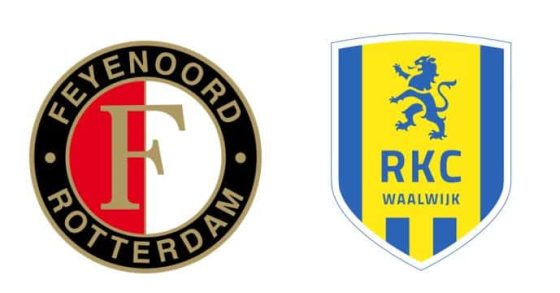 Prevalent Q&As About the Feyenoord vs RKC Match