After an entertaining 1st-leg in the Netherlands, Feyenoord take a 1-goal lead into the 2nd-leg of their Europa Conference League semi-final against marseille. The French side have the home advantage this time around and most of the bookmakers expect Marseille to win but we're expecting another entertaining and action-packed 90-minute or more this Thursday.

These two sides produced a 5-goal thriller last week in the Netherlands and we're fully expecting another exciting match-up in their reverse fixture. Three of Marseille's and each of Feyenoord's last six outings in all competitions have ended with at least three goals being scored and both teams finding the back of the net.

Dressers scored twice against Marseille in last week's 3-2 win for Feyenoord and we're backing the Nigerian forward to get on the scoresheet once again this Thursday. Dressers has netted 10-goals in the Conference League this season, only bettered by teammate Sinisterra who has 11-goals. Dressers has only scored 6 times in the Eredivisie this season but has really shone in European competition for Feyenoord and caused the Marseille defence so many issues last time out.

Can Feyenoord hold onto their 1-goal advantage?

Marseille, like so many of the other teams still involved in European action this season, lost in their domestic league over the weekend. Despite having the home advantage against Lyon and heading in at the break level at 0-0, marseille conceded three goals in the second half and suffered a heavy defeat by their standards. Marseille still sit 2nd in the Ligue 1 table but are now 14ps behind the league leaders PSG.

Feyenoord made the trip to Fortuna Sittard on Saturday and took the lead after just 8-minutes via Geertruida. The very same player made it 2-0 in the 25th-minute and early in the second half, Nelson scored a third for the visitors. The home side did manage to pull a goal back in the 70th-minute but it had no effect on the end result.

Marseille: Konrad de la Fuente and Leonardo Balerdi will miss the rest of the season due to injury.

Feyenoord: Jens Toornstra and Justin Bijlow could both miss the trip to France through injury.

Q&A for Marseille vs Feyenoord 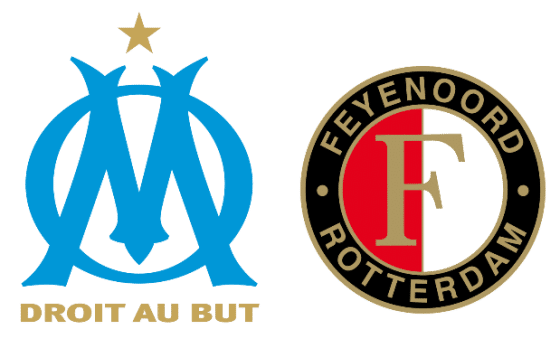