Everton suffered a devastating loss at home to Wolves and while the club remain out of the bottom three for now, it only seems a matter of time before the Toffees slip into the relegation zone. Up next in the Premier League for Lampard's men is a home game against an in-form Newcastle side that are looking to push for a top-half finish this season.

Newcastle might be the underdogs for this game but we're not sure why as the Magpies have won four of their last six meetings with Everton, including each of the pair's last three encounters in the Premier League. Everton look incapable of defending a clean sheet, void of creativity and lack a goal-scoring threat upfront, which is why the Toffees have lost their last four league games without scoring a single goal. Newcastle have won four, drawn one and lost one of their last six outings in the Premier League and arguably should have picked up a point from that defeat to Chelsea at the weekend.

While recent encounters between these two sides have tended to produced plenty of goals at both ends of the pitch, we're not expecting both teams to score on Thursday. Everton have failed to score in each of their last four league games and look like a team that has no idea what to do in the final third. Both teams have scored in three of Newcastle's last six league games and the Magpies have kept two clean sheets during that period against teams placed in the bottom half of the table, Aston Villa and Brentford.

Everton vs Newcastle: Stats and Figures

Everton, as they have done in most of their recent matches, started the game well against Wolves but lacked any genuine goalscoring threat. The two sides went in level at the break but early in the second half Coady headed Wolves in front and the Goodison Park faithful knew their team were going to lose the game. The Toffees showed no real response to going behind, just as they have failed to do in their last four league games and to add insult to injury, Kenny was sent-off in the 78th-minute for a second bookable offence.

Newcastle made the trip to Stamford Bridge at the weekend where Howe's men put on a really good show but ended up losing the game to a late goal from Havertz. Newcastle came close to scoring in the first half and held their own against the Champions League side. The Magpies should have had a penalty in the second half only for the referee not to see the shirt pulling and for VAR to decide there was nothing wrong with Chalobah's challenge. The goal that won the game was worthy of winning any football match as Havertz controlled a high ball and then poked the ball home, it really was something special from the German international.

Everton: Mina, Delph and Davies will miss the game through injury, while Kenny is suspended after picking up a red card against Wolves.

Newcastle: Fernandez, Joelinton and Willock are doubts for the trip to Merseyside, while teammates Hayden, Trippier, Wilson and Lewis have already been ruled out of the game.

Your Questions Answered: Everton vs Newcastle 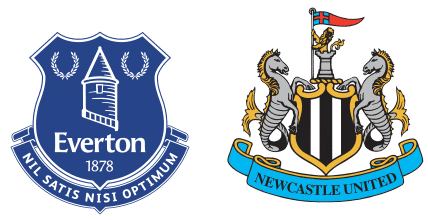