The Real Madrid vs Espanyol duel could be the one in which the home team is crowned champion, so let's check the game out in more detail to learn more about it.

If you want to check out free La Liga betting tips, including the best picks for Real Madrid vs Espanyol, you've come to the right place:

Even though they have the second leg of Champions League on Wednesday and they only need one point in the last five games to win the title, we can see Real Madrid winning this game.

Espanyol is not in great form with three losses in the last four games in the league and they are pretty much safe from relegation, so with Real Madrid hosting this game and having a chance to win the title, we expect them to take it, whatever team they field.

We did not see both teams score in three of the last five head-to-head meetings between Real Madrid and Espanyol and we can see that happening in this game too.

Of course, we expect Real Madrid to keep a clean sheet and you can bet on that as well, but the odds on this market are already good enough and they come with less risk since you can also win if Real Madrid fails to score by some miracle.

The best odds and useful stats for Real Madrid vs Espanyol

You don't have to spend your time searching for the top Real Madrid vs Espanyol odds – you can find them all on our website:

With the home team hoping to secure the title in this game, they are clearly the favourites. So, let's check both teams out in more detail ahead of this game:

The great season by Real Madrid is slowly coming to an end and it remains to see how great it will actually be. The team needs just one point from the last five matches in La Liga to win the title, so that's pretty much decided. But Real Madrid is also in the semi-finals of Champions League and they are one goal down to Man City ahead of the second leg in Madrid.

So, it's tough to determine what kind of lineup will Real Madrid put out for the game against Espanyol. What is sure is that Benzema and Modric will be rested, along with a few others. Meanwhile, Luka Jovic, Mariano Diaz, and Eder Hazard will likely miss the game through injuries, as well as Nacho and Eder Militao who are suspended.

Unless we see some incredible results in the last five games in La Liga, Espanyol is pretty much safe from being relegated. At the moment, they are nine points ahead of the first team in the relegation zone. Meanwhile, the team has two wins, one draw, and three losses in the last six games in the league.

Another positive for Espanyol is the fact that only Keidi Bare is out with an injury, while the rest of the team is in great shape at the moment.

The most common questions for Real Madrid vs Espanyol 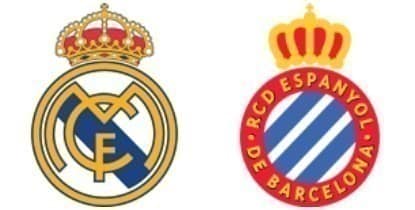