One of the closest matchups in the upcoming round of La Liga is the Espanyol vs Getafe duel. So, check our preview of this game to learn more about it and to get some free betting predictions.

Our favourite Espanyol vs Getafe betting picks and tips

If you need some help to find the right bet for the Espanyol vs Getafe duel, check our top betting tips for this game:

Espanyol and Getafe to Draw

Although guests have been in a better form lately, Espanyol is still ahead of them in the standings by two points. In any case, these are two evenly-matched teams, so a draw sounds like a reasonable outcome.

Espanyol and Getafe to Draw at Half Time

Since we expect this game to end without a winner, we can also see the teams being tied at half time. After all, that's the most common result at half times of matches that end in draws.

Furthermore, the last five head-to-head duels between Espanyol and Getafe have all been draws at half time and we expect that tradition to continue on Saturday.

The best odds, stats, and more for Espanyol vs Getafe

You don't have to waste your time looking for the top Espanyol vs Getafe odds – you can find them all right here:

This is a very interesting and tight duel, so let's take a closer look at both teams ahead of the game:

The team from Barcelona is not in the best form right now since they failed to win in the last seven matches in La Liga. In that span, Espanyol has four losses and three draws. However, the team is still relatively safe from a relegation battle since they are eight points ahead of the first team in the relegation zone at the moment.

Espanyol will likely be without David Lopez and Manu Morales once again due to injuries, but they will likely get back Aleix Vidal for this game after he served his suspension in the last game.

With two wins, three draws, and one loss in the last six games in La Liga, Getafe is in solid form at the moment. Thanks to these results, the team climbed to the fifteenth spot in the standings and they currently have six points more than the first team in the relegation zone, which is a nice buffer for Getafe.

When it comes to team news, Sabit Abdulai remains out for this match as well through injury, while Jorge Cuenca is due to miss the game to serve a suspension he earned against Alaves in the last round.

The usual questions for Espanyol vs Getafe 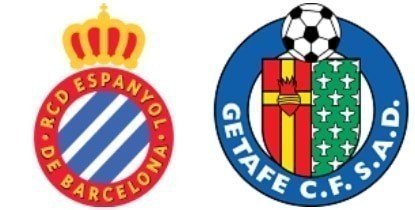