The first game to be played on Sunday in La Liga is the Espanyol vs Atletico Madrid duel, so let's take a closer look at this match and what we can expect from it.

Our free betting predictions for Espanyol vs Atletico Madrid

If you are struggling to decide on the right bet for the Espanyol vs Atletico Madrid duel, check our best betting tips for this game:

The reigning champions have started the new season well and they are favourites in this match for a reason. Espanyol has just gotten back from Segunda and they are obviously the much weaker team than Atletico. With that in mind, our prediction for this match is for Atletico Madrid to win it.

Three of the previous five head-to-head duels between Espanyol and Atletico Madrid have gone under 2.5 total goals, so there's no reason to expect something else in this game, especially since Atletico Madrid is known for their great defence. In addition to this, Espanyol has gone under 2.5 total goals in all three of their matches in La Liga so far.

Both teams have scored in just two of the previous five duels between these two teams and we don't expect both teams to score in this game either. In fact, Espanyol failed to score in any of their first three games in the league, so you could also try betting on Atletico Madrid to keep a clean sheet or on Atletico to win to nil.

The best odds, stats, and more for Espanyol vs Atletico Madrid

If you are looking for the best La Liga odds, check our selection of odds for the Espanyol vs Atletico Madrid duel right here:

Espanyol vs Atletico Madrid preview: Can Espanyol stop the champions?

After just one season in Segunda, Espanyol is back where they belong, in the top-tier league of Spanish football. In the first three rounds of the season, Espanyol has a couple a draws and one loss. While that's not so bad, the team has failed to score in all three matches, which should worry them. Another reason for concern are injuries since Gomez, Herrera, and Pedrosa will miss the upcoming duel with Atletico because of injuries.

The current champions obviously mean business and are more than ready to fight for another title. Atletico Madrid started the new season with a couple of wins and a draw against Villarreal, although that draw was barely added to the tally thanks to an own goal by a Villarreal player in the stoppage time of the game. In any case, Atletico Madrid is in good form and they don't have any injured players at the moment. 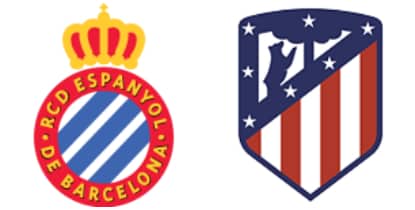