One of the La Liga games to be played on Wednesday is the Alaves vs Espanyol duel, so check our insights into this game and what you can expect from it, along with some free betting tips.

You can check out some of our top La Liga predictions on our website, including our betting tips for the Alaves vs Espanyol duel:

While Espanyol has secured their spot in La Liga for next season, Alaves is currently last in the standings and they only have minimal chances of survival, which would include them winning the remaining three games and other teams not getting points.

So, that is a pretty slim chance, but Alaves will certainly fight as long as that chance exists. With that in mind, we expect Alaves to win this game against a meekly motivated opponent like Espanyol.

The last three head-to-head meetings between Alaves and Espanyol have gone under 2.5 total goals and we can see that being the case once again in their upcoming matchup.

In addition to this, both teams have averaged 2.51 goals per game in La Liga this season, which means that they are unpredictable when it comes to goals. But tradition is telling us that we will see a low-scoring game.

Top stats and useful odds for Alaves vs Espanyol

If you want to place a bet on the best Alaves vs Espanyol odds, check some of our choices from the top UK bookmakers:

Two wins in the last six games in La Liga are far from what Alaves needed in order to avoid relegation, so they are now in a nearly impossible situation – they are six points behind the first team outside of the relegation zone, with three games left to play. So, only a miracle can save Alaves, who needs to win all three games they have to play first, which is a very improbable outcome in itself.

The team will miss Ximo Navarro and Ruben Duarte through suspensions, but the team is otherwise in great shape and ready for the last three games of the season.

The team from Barcelona has just one win in the last six games in the league, along with four losses and one draw. While that's pretty bad, Espanyol met their main goal this season, which was survival after they've been promoted from La Liga 2 last season. Now they can relax and play the last three games in good mood.

Meanwhile, Oscar Gil and Keidi Bare are out once again and they could miss the rest of the season as well.

Frequent questions for Alaves vs Espanyol 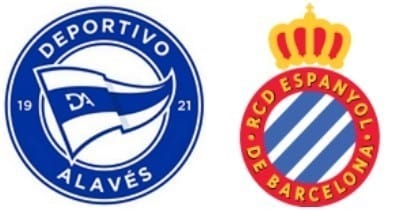