England will be expecting a much tougher test this weekend than they faced in their last game against San Marino, which ended in a 10-0 victory for Southgate's men. Switzerland gave a really good account of themselves at Euro 2020 and will fancy their chances of causing an upset at Wembley on Saturday.

England have a great record against Switzerland, winning 11 and losing just one of the pair's 16 encounters over the years, and we're backing the hosts to secure another victory this weekend. England have won their last four games against Switzerland, though, they did get taken all the way to penalties in the pair's last head-to-head in the Nations League back in 2019. Southgate's men head into this game on the back of four wins and two draws from their last six international matches, Switzerland are also unbeaten during that same period of matches but have drawn three and won three.

Under 2.5 goals have been scored in each of the last four meetings between these two nations, and we're predicting another close and competitive 90-minutes between the pair at Wembly this weekend. England's last two games against decent international sides, Hungary and Poland, have both produced under 2.5 goals, while four of Switzerland's last six outings have also witnessed fewer than three goals scored.

England vs Switzerland: Everything you need to know

England made the trip to San Marino knowing they were going to win the game and secure the 3pts but the question was always going to be, how many goals would they score? The answer was ten without reply and it was Maguire that got the ball rolling in the 6th-minute. An own goal from Fabbri soon followed and Kane converted a spot-kick in the 27th-minute and grabbed his brace 4-minutes later. Kane completed his hattrick before the break via a 39th-minute penalty and even had time to score his fourth of the game before the ref had chance to blow for half-time. Smith Rowe scored the next goal for England in the 58th-minute and then Mings got in on the action to make it 8-0 with 21-minutes still left to play. Abraham and Saka added late goals to complete a 10-0 decimation of struggling San Marino.

Switzerland had the home advantage against Bulgaria back in November, and they made it count. The first half ended goalless but Okafor broke the deadlock 3-minutes after the restart. Vargas added a second shortly before the hour mark and in the 72nd-minute, Itten made it 3-0. There was time for Freuler to add a fourth goal in stoppage-time after good work from Shaqiri who bagged his second assist of the evening.

Switzerland: the visitors will be without the likes of Sommer, Benito, Zakaria, Fernandes, Seferovic, Ajeti, Fassnacht and Itten this week. 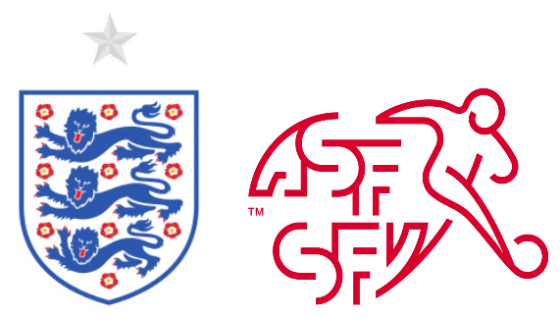