England look to the more one step closer towards qualification when they go up against Hungary at the Wembley Stadium in the midweek action. England are top of Group I with 19 points.

England preserved their lead in the group over Albania following a comfortable 5-0 victory over Andorra. The game had many positives including goals from five different scorers for Gareth Southgate’s men. Hungary suffered a blow in the qualification hopes following a 1-0 loss against Albania.

England will not be in a mood to suffer any disappointments at home. Hungary has suffered a defeat in three out of the last four matches including the 4-0 loss against the Three Lions back in September. The last few matches have seen some strong performances from the young England players, who may once again from the backbone for a victory in this match.

England have been in a mood to get goals. The last four matches have seen the Three Lions get more than 3.5 goals on three occasions. The string of goals have come from multiple areas of the pitch. Keen to impress manager Gareth Southgate, the young names like Tammy Abraham have been coming up with some strong performances. Even though Hungary do not suffer big defeats frequently, this game could produce a lot of goals for the hosts.

Tammy Abraham justified his call-up for the national team by scoring in the win over Albania. This was his first goal for England in the qualification campaign. This is also Abraham’s first goal since 2019 when he scored against Montenegro. The Roma forward has been in good form for Jose Mourinho’s men with two goals in his last four games.

Top Betting Odds and Stats for England vs Hungary

England went with a youthful team that was able to demolish Andorra with ease in the recent match. The game against Hungary will represent a greater threat for England, who have been able to get 12 consecutive victories in World Cup qualification matches at home. There are no major injury problems for England.

Hungary may have come up with some strong performances against the likes of Germany and France in Euro 2020, but the recent slip in confidence can hurt the team when it comes to qualification to the World Cup. Hungary are now in the fourth place and they can be considered only as a distant favourite to finish in the second spot.

Questions about England vs Hungary 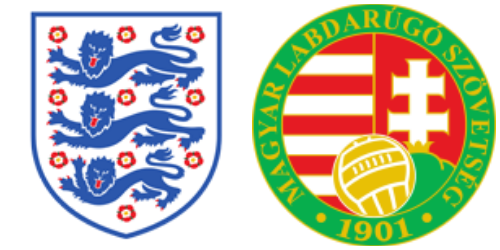 Where is the match scheduled? Wembley Stadium

Which team is the favourite to win? England