Elfsborg could push themselves right into the mix for the European places if they can secure all 3pts at home to AIK this weekend. However, their guests currently sit 3rd in the table and could dislodge Hacken at the top if they can do what they did last season and win at the Borås Arena.

AIK have a good recent record against Elfsborg, picking up wins in each of the pair's last four competitive and non-competitive head-to-heads. The visitors also sit 5pts clear of their hosts in the Allsvenskan table as things stand but have played one more game than Elfsborg. AIK are unbeaten in their last four away games picking up 8pts while Elfsborg have dropped points in three of their last five league games, so you can see why we're backing AIK to avoid defeat on Sunday.

Both teams scored when these two teams last locked horns and we're expecting the same again this weekend. Four of Elfsborg's last five fixtures have ended with both teams getting on the scoreboard while five of AIK's last six matches have also ended with both teams finding the back of the net, adding further weight to our second prediction for Sunday's Allsvenskan clash.

All you need to know ahead of Elfsborg vs AIK

AIK could move top of the table with a win

Elfsborg made the trip to the league leaders Hacken last weekend where a goal from Olsson in the 23rd-minute put the visitors in front. However, Jeremejeff equalised for Hacken before the break and the second forty-five failed to produce any further goals so the game ended in a 1-1 draw. A point away at Hacken was a decent result for Elfsborg but any further dropped points on Sunday could hamper their chances of maintaining a challenge for the European places.

AIK had the home advantage against Mjallby last weekend but failed to make it count. A tight and tense first half appeared to be ending goalless until Nwankwo fired Mjallby in front 5-minutes before the break. AIK pushed for an equaliser in the second half but couldn't find a way past Brolin in the Mjallby goal and the game ended in defeat for the hosts.

Elfsborg: the hosts have a clean bill of health and no suspended players for the visit of AIK.

AIK: Nabil Bahoui and Per Karlsson are the two main injury concerns for the visitors this weekend. 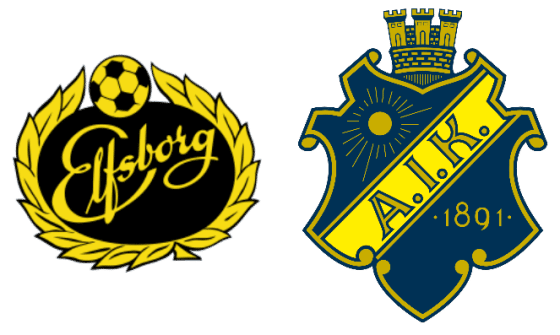