Bayern Munich and Both Teams to Score

Eintracht Frankfurt and Bayern Munich go head-to-head in the Bundesliga on Friday, August 5th. Champions Bayern start their title defence against Die Adler. Read our free predictions and find the latest odds for the fixture below in our detailed match preview.

Eintracht Frankfurt and Bayern Munich meet on the opening day of the new Bundesliga season at the Deutsche Bank Park on Friday. Read our top predictions for this week’s fixture below.

Bayern Munich to Win & Both Teams to Score

Bayern Munich are targeting their 11th straight Bundesliga title this season and they begin their latest defence with a tricky test at Eintracht Frankfurt on Friday. The Bavarians looked devastating in the final third when they put five goals past RB Leipzig in the Super Cup last time out, though last term’s defensive frailties were evident again when they conceded three times themselves. Julian Nagelsmann’s side should have the firepower to push for another victory at the Deutsche Bank Park, though a clean sheet is unlikely.

Iconic Polish striker Robert Lewandowski ended his love affair with Bayern this summer, though there is hope in Bavaria that new signing Sadio Mane can shoulder some of the team’s goalscoring burden. The ex-Liverpool man looked dangerous in pre-season and he notched his first competitive goal for Bayern in their Super Cup triumph over RB Leipzig. Mane has the quality to be a major force in the Bundesliga and he is priced generously to break his duck early against Eintracht.

View our collection of the best stats for Friday’s fixture below alongside a tool to help you choose the best odds.

Read all of the injury updates and team news for Friday’s Bundesliga contest between Eintracht Frankfurt and Bayern Munich below.

Eric Chuopo-Moting, Bouna Sarr and Leon Goretzka are all expected to sit out Friday's game with injuries for Bayern.  Matthijs de Ligt came off the bench in the Super Cup against RB Leipzig, as did his compatriot Ryan Gravenberch and both new signings will hope to start on Friday. 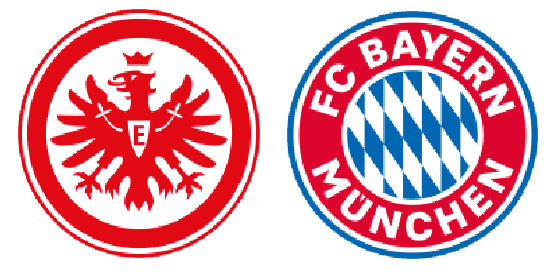 Who is Bayern Munich’s manager?

Julian Nagelsmann is in charge of Bayern Munich having joined the club a year ago.

Who are the current Bundesliga title holders?

Bayern Munich are the current Bundesliga champions. They’ve won the German title for ten seasons in a row.