Next Tuesday, on the 16th of November, Egypt will be facing Gabon to see if they can keep their first position in Group F of the Africa World Cup qualifier stage.

Latest Betting Tips and Predictions for Egypt vs Gabon

These are the latest tips and predictions, we thought of regarding Egypt vs Gabon fixture on Tuesday.

All odds are from Netbet and are subject to change, so make sure to double-check them before continuing.

Egypt is the obvious favorite in this match-up because they won or drew all ten of their latest fixtures, while their opponents Gabon lost or drew 60% of their last ten fixtures. Also, out of the two times, they played together in the past, Gabon has never won a match against Egypt. Another factor that supports what we assume is that Egypt will be hosting and they have had perfect form at home in the last five fixtures, while Gabon lost four of the last five away games they played.

Most of the matches played in the Group F of Africa ended with under 2.5 total goals, scored, including three of the last five played by Gabon and Egypt. Also, the last time these two national teams played against each other was in September this year and it ended with fewer than 2.5 total goals scored, as well.

The last time Gabon and Egypt faced each other, the match not only ended in a draw, but it also ended with goals scored from both sides. We think that Tuesday's match will also end similarly mainly because of Gabon's recent matches. In three of the last five games, they played there was a BTTS situation. Also, Egypt's last qualifier against Angola ended with a BTTS outcome.

Below, we have listed the most popular bookmaker odds and recent statistics for the Egypt vs Gabon fixture.

Egypt vs Gabon: Will Egypt Keep Their First Place?

Egypt is the favorite in the Group F table and they currently have eleven points. Gabon is second with seven points, but will the point difference be enough for Egypt to feel safe that they will advance to the next stage of the tournament? We think that Egypt will win and thus gain a seven-point advantage over the second team in the table, which will ensure their advancement to the next stage. It's highly unlikely that the match will end with more than 2.5 total goals, but we expect goals from both sides, like last time. 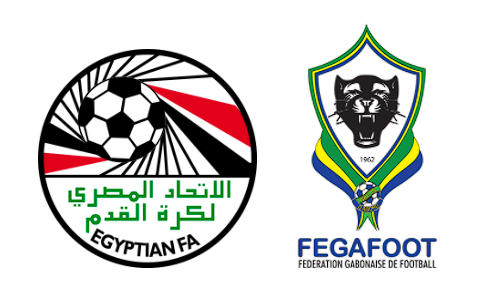 Egypt vs Gabon: Prevalent Q&As for the Fixture