One of the closest duels in this round of the WC Qualifiers in South America is the Ecuador vs Paraguay matchup. With that in mind, we have prepared an in-depth preview of this game for you, along with some free betting tips.

Our top betting predictions for Ecuador vs Paraguay

If you are struggling to decide on the right bet for the Ecuador vs Paraguay duel, check our favourite betting tips for this game:

Ecuador and Paraguay to Draw

These two teams are pretty similar when it comes to quality, but Ecuador has been doing much better in these qualifiers since they are currently third with three wins and three losses. They are also playing at home, so it's understandable why they are deemed as favourites. Still, we expect a close game and our prediction is for the match to end in a draw.

Ecuador and Paraguay to Draw at Half Time

The last two most recent head-to-head duels between Ecuador and Paraguay have both ended with both teams scoring, so we expect to see the same in their upcoming game. After all, both teams have scored in 67% of Ecuador matches in the WC Qualifiers, while the same is true for 50% of Paraguay games as well.

Top odds and stats for Ecuador vs Paraguay

If you are looking for the top Ecuador vs Paraguay odds, check our selection of odds taken from some of the best UK betting sites:

Ecuador vs Paraguay preview: A very close and interesting duel

After many years of failures to reach a World Cup, Ecuador managed to qualify for three of the last five World Cups. So, seeing them currently in the third place in their qualifying group shouldn't be as big as surprise as it probably is for many people. In any case, Ecuador currently has three wins and three losses, but the team is in good position for the rest of the qualifiers.

The Paraguayan team has failed to reach the last two World Cups, so the fans would be pretty disappointed if this happened for a third time in a row. The team is currently sixth in the group, with one win, four draws, and one loss, so they are pretty much in the run for the spots that lead to the 2022 WC. Paraguay didn't have much success at Copa America this summer either since they were eliminated by Peru in the quarter-finals.

Frequent questions for Ecuador vs Paraguay 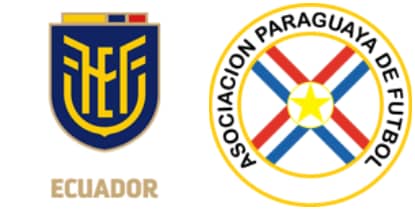