One of the more interesting matches of the round in the South American WC Qualifiers is the Ecuador vs Chile duel. With that in mind, we have prepared a detailed preview of the game for you, along with some free betting tips.

Our top betting predictions for Ecuador vs Chile

If you are unsure and can't decide what bet to place on the Ecuador vs Chile duel, check some of our top betting predictions for this game:

Ecuador and Chile to Draw

While the home team is in much better form and they are currently only behind Brazil and Argentina in these WC Qualifiers, Chile is still a very good team and we can't bet against them. Furthermore, Chile won three of the last four matches against Ecuador. So, taking all things into account, we feel that a draw is the most logical outcome.

Ecuador and Chile to Draw at Half Time

Most matches that are equal at the end are also even at half time. With that in mind, our next prediction is for these two teams to draw at half time. After all, Chile drew at half time in four of their seven games in the group, while the same is true for three of the seven matches played by Ecuador in these WC Qualifiers.

The best odds, stats, and more for Ecuador vs Chile

While the fans probably expected more than the quarter-finals this summer when Ecuador played at the Copa America, the team was eliminated by the eventual champions Argentina. So, it's not really an underperformance in that sense. Also, Ecuador is doing very well so far in the WC Qualifiers with four wins and three losses in the first seven matches, which is enough to put them in the third place in the group.

Just like their upcoming opponent, Chile was also eliminated in the quarter-finals. And while Ecuador was eliminated by the eventual champion, Chile lost to the finalists Brazil. While that wasn't such a big disappointment, the team's performances in the WC Qualifiers so far have certainly got the fans worried – Chile only has six points from the first seven rounds and they will have to perform much better in the future to make it to Qatar.

The most common questions for Ecuador vs Chile 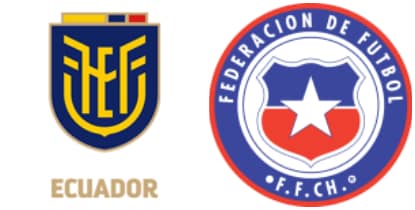