RB Leipzig and Borussia Dortmund lock horns at the Red Bull Arena in the Bundesliga on Saturday, September 10th. Dortmund could move up to top spot with a win over Leipzig this weekend. Read our free predictions and find the latest odds for the fixture below in our detailed match preview.

RB Leipzig have won only one of their first five Bundesliga fixtures of the new campaign as they prepare to host Borussia Dortmund on Saturday. Read our top predictions for this weekend’s fixture below.

RB Leipzig’s poor start to the season took another rotten turn on Saturday when they were demolished 4-0 at Eintracht Frankfurt and the strugglers have now won only once in five attempts since the new campaign kicked off. Dortmund meanwhile, have won four of their first five assignments and they have looked more solid defensively following the arrival of Nico Schlotterbeck. BVB look far more robust than their hosts this weekend and they are excellent value to avoid defeat in the double chance market.

Domenico Tedesco is under pressure following RB Leipzig’s poor start to the season, though his team have at least been somewhat productive in the final third. Die Roten Bullen have managed to score in every game so far, despite a grim set of overall results, though their return of just one clean sheet at the opposite end highlights where their issues have been rooted. That pattern of Leipzig’s matches so far hints that BTTS could be worth backing on Saturday. That bet landed in each of the last five skirmishes between RB and Dortmund and we’re tipping that pattern to continue this weekend.

Check out our selection of the top stats for Saturday’s contest below alongside a tool to help you choose the juiciest odds.

Read all of the latest injury updates and team news for Saturday’s Bundesliga showdown between Bayern Munich and Stuttgart below.

Dani Olmo, Lukas Klostermann and Yussuf Poulsen are all listed as absent for RB Leipzig this week. Die Roten Bullen are unlikely to make many changes to the team that faced Shakhtar Donetsk in the Champions League on Wednesday evening.

Jamie Bynoe-Gittens, Mateu Morey, Mahmoud Dahoud and Sebastien Haller are all out injured for Dortmund, though Raphael Guerreiro, Karim Adeyemi and Doneyll Malen should all be back in contention. Dortmund played Copenhagen in the Champions League in midweek, though changes to their XI are expected to be minimal this weekend. 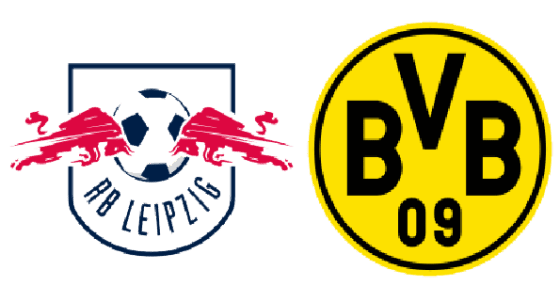