Top free betting tips and odds for Dortmund vs Gladbach

Borussia Dortmund suffered the ignominy of a humiliating defeat at the hands of Scottish giants Rangers in the Europa League. They will want to avoid a similar result against Gladbach in Round 23 of Bundesliga action as they close in on Bayern Munich at the top of leaderboards.

With Borussia Monchengladbach showing a semblance of returning to winning ways, stakes have been raised in the Borussen derby. The visiting Colts want to get away from the relegation slots while Der BVB wants to cut Bayern Munich's lead in the title race. Marco Rose's man has lost two matches in succession at home but will be confident against Gladbach, who have lost on each of their last seven trips to the Signal Iduna Park.

With Erling Haaland leading their lines and a fit-again Marco Reus helping their cause, Borussia Dortmund are expressive in the attack. This is evident in their home displays where four of their last five fixtures have seen five or more goals. While Gladbach has not been as expressive in attack on the road, they have allowed their rivals to have a field day at their expense. They have conceded 10 goals in their last five away trips and Dortmund will surely make this statistic look worse on their Sunday meeting.

Dortmund vs Gladbach: Check out the best odds and the latest stats

Dortmund vs Gladbach: Check out the team lineups

Der BVB faithful would have taken their 2-5 defeat to Bayer Leverkusen on the chin but not their defeat to Rangers. The 2-4 Europa League hammering at the Signal Iduna Park would have surely left a sour taste in their mouths, one that they will want to be rinsed in the Borussen derby. Defeat to the Rhine neighbours will severely jolt their title ambitions as Bayern are odds on favourite to claim the three points on offer against relegation-threatened Greuther Furth.

It has been a season to forget for Borussia Monchengladbach. They have continued to give inconsistent displays, conceding goals against all and sundry while having nothing to say in return. Their tally of 40 goals conceded is the fourth-worst in the league and is the reason why they struggle in 13th place on the points table. They are eight points adrift of fourth-place and can still achieve their European ambitions with a flourishing end to the 2021/22 Bundesliga campaign.

Questions About Dortmund vs Gladbach 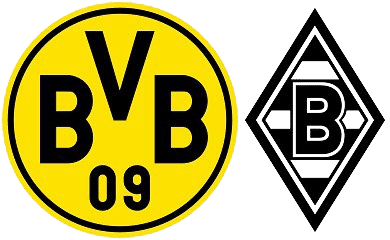 Where is the game being televised? DAZN Deutsch, Look Sport, Sky Sports Football (UK/Irl), and Viaplay.