Just a few weeks after being hammered by Djurgarden, Varnamo now play host to the very same team but will they have their revenge? Djurgarden top the Allsvenskan table after they beat former table-topper Hacken last time out and the pressure is now on the visitors to keep hold of their lead by winning on Sunday.

Djurgarden ran out convincing 5-0 winners when these two sides met last month and we're expecting the visitors to complete their domestic double over Varnamo this weekend, Varnamo have lost four of their last six league games but did return to winning ways last weekend. Djurgarden have picked up victories in each of their last six matches in all competitions and look unstoppable at this moment in time.

We're going with over 2.5 goals to be scored in this game which isn't too bold considering that Djurgarden scored five goals without reply when these two clubs clashed last month. Over 2.5 goals have been scored in four of Varnamo's last five fixtures as well as in three of Djurgarden's last four outings, adding further weight to our second prediction for Sunday's Allsvenskan match.

Everything you need to know about Varnamo vs Djurgarden

Djurgarden looking to solidify top spot with another win

Varnamo pitched all 3pts from their trip to Hammarby last time out, against the odds. The first half was tight and tense, ending goalless, but Antonsson fired Varnamo in front in the 76th-minute. That goal looked like it might be enough to win the game until Besara converted an 89th-minute penalty for the hosts. However, there was one last twist left in this game as Antonsson scored his second goal of the game deep into stoppage time to hand Varnamo a last-ditch victory.

Djurgarden would have been expecting their toughest test of the season away at the league leaders Hacken in their last league game. A 34th-minute penalty handed the home side a 1-0 lead at the break but Djurgarden responded well in the second half, equalising after just 4-minutes of play through Banda. Andersson then put Djurgarden in front just after the hour mark with what turned out to be the winning goal, sending Djurgarden to the top of the table.

Varnamo: Robin Tihi will miss out this weekend due to a suspension.

Djurgarden: Hampus Finndell is suspended, while Elliot Kack is sidelined through injury.

Varnamo vs Djurgarden – Your Questions 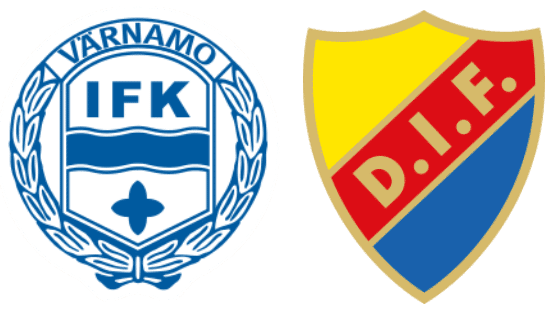