West Ham look to keep pressure on 4th-placed Arsenal with a win in the Premier League this weekend but Crystal Palace have performed well at home under Vieira and gave the Hammers a run for their money when the two sides met in August.

We're expecting both teams to score on Saturday as they have done in each of the last nine league meetings between Crystal Palace and West Ham. Both teams have also found the back of the net in two of the Eagles' last three home games, while each of West Ham'slast three outings in all competitions have also seen both teams score.

Crystal Palace were on form in their last game at home to Norwich, scoring three goals without reply. An 8th-minute penalty from Edouard put the home side in front and before the break, Mateta and Schlupp scored a goal each within the space of 4-minutes to end any hopes of a Norwich revival. The Eagles sit 10th in the table following that result and could move above Leicester and Wolves with a win on New Year's Day.

West Ham made the short trip to Watford on Tuesday where despite going a goal down early on, the Hammers came away with all 3pts. Dennis put Watford in front after just 4-minutes but West Ham equalised in the 27th-minute through Soucek and then moved in front 2-minutes later through Benrahma. A Mark Noble penalty in the 58th-minute put West ham 3-1 up and an stoppage-time strike from Vlasic made the final scoreline a resounding 4-1.

Crystal Palace: Zaha returns following a one-match suspension but the hosts could be without Andersen, McArthur, Eze, Olise, Clyne and Gallagher this weekend.

West Ham: Zouma, Ogbonna, Fornals and Cresswell could miss the short trip to Crystal Palace but Rice returns to the squad after suspension.

Your Questions for Crystal Palace vs West Ham 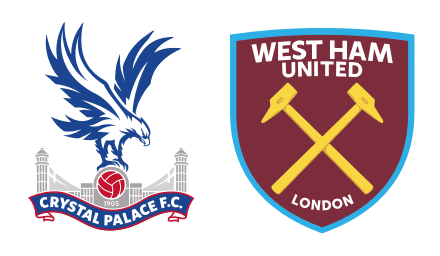