Southampton vs Crystal Palace: The Predictions

Two teams with little left to play for this season lock horns in the Premier League on Saturday as the Saints entertain the Eagles. Just 2pts separate Southampton in 13th and Crystal Palace in 14th, so a win for the visitors would take them above their hosts this weekend.

This game has the potential to be low-scoring due to the fact that neither of these sides are in danger of getting relegated and well off the pace in the race for the European places. Under 2.5 goals have been scored in five of the last seven league meetings between these two clubs, while fewer than three goals have been scored in three of the Saints' and three of the Eagles' last five outings in league and cup.

The recent performances of both clubs suggest that there is a good chance that one or even both may fail to find the back of the net on Saturday. Both teams have scored in just one of Southampton's last four outings in the Premier League while only one of Crystal Palace's last six matches in all competitions have ended with both teams getting on the scoreboard.

The latest stats and markets for Southampton vs Crystal Palace

Can Palace surpass the magic 40pts mark this weekend?

Southampton made the short trip to local rivals Brighton at the weekend. The game started badly for the visitors and got worse with Welbeck putting the Seagulls in front after just 2-minutes and an own goal from Salisu making it 2-0 in the 44th-minute. However, in first-half stoppage-time, Southampton captain, Ward-Prowse, did manage to pull a goal back and early in the second forty-five he doubled his and his team's tally to make the scoreline 2-2. The Saints held on to secure yet another decent result at the AmEx.

Crystal Palace played host to a rejuvenated Leeds side on Monday night in what turned out to be a very tight and tense match that won't live long in the memory. Both teams had to settle for a point as the game ended goalless with Leeds being the happier of the two clubs to have secured another point in their bid to remain in the Premier League. Since losing out to Chelsea in the FA Cup semi-final, Palace seem to have lost some of their spark and their season is in danger of fizzling out despite all the good work Vieira has done.

Southampton: McCarthy and Livramento are the two main injury concerns for the hosts.

Crystal Palace: Milivojevic, Mitchell and Ferguson could all miss out once again this weekend due to injury. 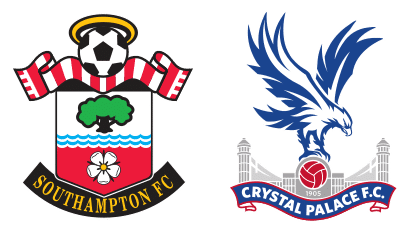