These clubs both have plenty of positive vibes around them at the moment for one reason or another. Who will win as they clash? Find out with our Newcastle vs Crystal Palace match preview with free tips, predictions and odds mentioned along the way.

Newcastle to bank another win

Meetings between Newcastle and Crystal Palace have mostly been low-scoring games; as nine of their last 10 encounters saw less than three goals scored. Also, we would like to point out that those clashes have mostly been one-sided in terms of goals; at least one of these teams blanked in five of their last seven meetings. In the same vein, both teams' recent games usually don't feature goals at both ends; at least one team didn't score in five of Crystal Palace's last six, and three of Newcastle's last five games. With this in mind, we shouldn't expect goals at both ends.

Newcastle vs Crystal Palace: Let's look at the predicted lineups

Both of these clubs have a lot to be grateful for after the seasons they've had. Crystal Palace have seen improved football, improved results and a cup run whilst Newcastle have seen their club taken over and Eddie Howe churning out some decent performances. The future for both looks brighter than it has for some time. They won't both leave this game happy though.

Newcastle followed a three game losing streak with back-to-back wins against Wolverhampton and Leicester; they now have eight wins in their last 12 games. Eddie Howe's men will look to extend their winning run to three games; they'll fancy their chances against a Crystal Palace side that's coming off back-to-back losses.

Crystal Palace are coming off an FA Cup exit at the hands of Chelsea; they have now lost two consecutive games, after losing just one of 11 games prior to that. Patrick Vieira's men will take a trip to St James' Park on Wednesday; they'll hope to put an end to their losing run.

A quickfire FAQ on Newcastle vs Crystal Palace 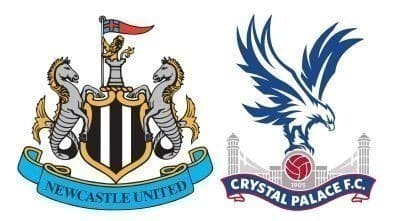