Man City owe Crystal Palace one after the Londoners claimed all 3pts at the Etihad when these two sides met back in October. The Eagles are going well under Vieria and currently sit 10th in the Premier League table but can they secure the domestic double against Guardiola's men on Monday night?

Mahrez joint-top scores for Man City in the Premier League this season with 10-goals and we're backing the Algerian international to find the back of the net against Crystal Palace on Monday night. The inside-forward has scored 8-goals in his last nine appearances for Man City in all competitions and although he was on the bench in midweek, we fully expect Mahrez to be back in the starting lineup on Monday.

Palace predicted to struggle at home to Man City

Crystal Palace would have been expecting a very tough game away at Wolves last time out but ended up coming away with comfortable 3pts in the end. Mateta put the visitors in front in the 18th-minute and a penalty from Zaha made it 2-0 in the 34th-minute. Wolves were more solid in the second forty-five but didn't offer enough going forward and Palace cruised to the 3pts.

Man City were in action in midweek at home to Sporting in the Champions League. Guardiola made a number of changes to the starting eleven as Man city were already 5-0 up following the 1st leg and that certainly had an effect on the home sides' rythem. The game ended up being a goalless draw, not that the hosts will be bothered as they are safely into the next round and looked strong at the back once again.

Crystal Palace: Ferguson, Ward and McArthur could miss the game through injury.

Man City: Dias, Ake, Palmer, Cancelo and Steffen look set to miss the trip to the capital due to injury and illness. 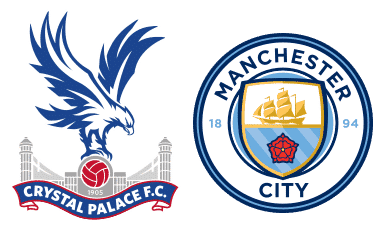