Neither of these teams have made the best of starts to the 2021/22 Premier League season but we're expecting an action=packed 90-minutes between the pair this weekend. The eagles sit in 15th position and their guests Leicester are only a single point and two places above them in 13th.

Here are our predictions for Crystal Palace vs Leicester

Both teams have scored in three of the last five meetings between these two clubs, including both encounters in the Premier League last season, and we're expecting more of the same on Sunday. Two of the Eagles' last four outings have ended with both teams getting on the scoreboard and that includes Monday's 1-1 draw with Brighton. Four of Leicester's last six fixtures (before the game against Legia Warsaw) have seen both teams score, which includes the 2-2 draw at home to Burnley last weekend.

This is a game that we fully expect to produce goals. Over 2.5 goals have been scored in three of the pair's last five encounters in the Premier League, two of which were won by Leicester and one went the way of the Eagles. At least three goals have also been scored in three of Crystal Palace's last four outings in the Premier League, while four of the Foxes' last six fixtures in all competitions have witnessed over 2.5 goals.

Jaime Vardy has started the new season in great form and already has 5-goals to his name in the Premier League. The former England international has scored three times in his last two league games for the Foxes and two of his goals have arrived away from the King Power Stadium. so you can see why we fancy Vardy to get on the scoresheet this weekend.

Can the Eagles take advantage of the Foxes' busy schedule?

Crystal Palace came so close to getting one over their arch-rivals Brighton last time out. Zaha converted a first-half penalty to hand the home side the advantage and it wasn't until deep into stoppage time that Maupay equalised for the Seagulls and silenced the home fans. Palace are unbeaten at home this season, picking up two draws and a win, so the hosts will be confident that they can secure a positive result against Leicester.

Balancing European football with the Premier League whilst having a fair few first-team players out injured hasn't been easy for Leicester and is no doubt the reason they have started the campaign slower than expected. Last time out, Leicester were held to a 2-2 draw at home by Burnley and in truth, that game could have ended in defeat. The Foxes have a midweek Europa League tie to negotiate before they can turn their attention to the weekend trip to the capital.

Crystal Palace: Eberechi Eze and Nathan Ferguson are expected to miss out once again this weekend due to their ongoing calf injuries.

Leicester: Justin, Evans and Fofana are expected to miss the trip to London, though, Evans could face a late fitness test.

Your Questions – Crystal Palace vs Leicester 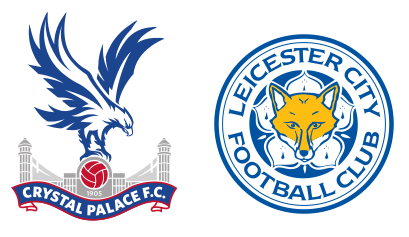