This Premier League derby match is one that is often forgotten by many but make no mistake, these two teams do not get along and that should make for a tasty 90-minutes on Monday. Brighton are flying high in the table and the Eagles would like nothing more than seeing the Seagulls crash and burn at Selhurst Park.

Here are our predictions for Crystal Palace vs Brighton

We're not expecting too many goals in this game, if any at all, as under 2.5 goals have been scored in three of the pair's last four league meetings. Under 2.5 goals have also been produced in five of Brighton's last six matches in all competitions with the Seagulls keeping clean sheets in four of those fixtures.

We're not expecting goals at both ends of the pitch on Monday night and could see this game ending in a goalless draw. Both teams have scored in just one of Crystal Palace's last six outings and the hosts have failed to score in three of those games and kept clean sheets in two. Brighton have also only seen one of their last six outings end with both teams scoring but they have kept four clean sheets and have only failed to score in one of those games.

We've backed a draw and that means we're not convinced that either team will score at Selhurst Park. This is a derby match not based on location but history and neither team will want to give up anything cheapy for fear of a fan backlash. Brighton have proven their defensive ability in the early stages of the season and Crystal Palace have shown that they can keep a clean sheet from time to time as well, which is why we're backing a draw.

Will the Eagles halt the flight of the Seagulls at Selhurst Park?

Crystal Palace followed up their emphatic 3-0 home win over Tottenham with a disappointing but expected 3-0 defeat against Liverpool. Vieira is settling in nicely at Selhurst Park but could really do with a win on Monday to truly get the fans right behind him. The Eagles haven't lost any of their last four encounters with the Seagulls and even a draw wouldn;t be a bad result considering the start Brighton have made to the campaign.

Brighton sit fourth in the table following a 2-1 win over Leicester and progressed through to the next round of the League Cup in midweek thanks to a 2-0 home win over Championship side Swansea. In recent seasons, Brighton have been criticised for their lack of finishing a poor defensive record but this season Potter appears to have got things working in tandem and if Brighton can continue in this vein then surely they will challenge for a top-half finish at the very least.

Crystal Palace: Schlupp, Eze and Ferguson are all injury concerns for the home side.

Brighton: Webster, Bissouma, Mac Allister and Mwepu could all miss the trip to the capital through injury.

Crystal Palace vs Brighton – Your Questions 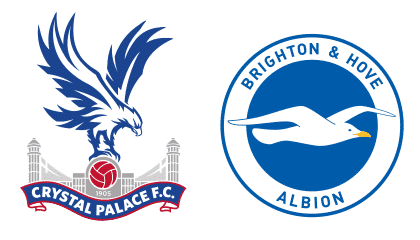