Two teams separated by 1pt and one position go head-to-head in the Premier League on the 15th of May as Aston Villa play host to Crystal Palace. As things stand, the Eagles have a point lead over their hosts as well as a better goal difference but Villa will be looking to use their home advantage to help them secure the win they need to move above their guests.

We're predicting a draw between Aston Villa and Crystal Palace this weekend even though none of the last seven league meetings between the pair have ended in stalemates. Both teams have played to a very similar level this season and neither side can claim to be in the best of form right now. Both teams have picked up two wins, a draw and suffered three defeats from their last six matches and we're backing the two sides to cancel one another out at Villa Park.

Both teams have scored in each of the last two encounters between Aston Villa and Crystal Palace with Sunday's hosts securing a 2-1 win at Selhurst Park earlier in the season. Both teams have also scored in three of the home side's last six league games and Crystal Palace's last away game ended in a 2-1 victory over Southampton, so you can see why we're not backing either side to keep a clean sheet this weekend.

A win for the hosts would take them above the Eagles

Aston Villa played host to Liverpool in midweek where despite a great start for the home side, the night ended in defeat. Luiz put Aston Villa in front after just 3-minutes but Steven Gerrard's men could only keep that advantage for 3-minutes before Matip equalised for the visitors. In the second half, Liverpool began to control the game and deservedly got in front via a header from Mane in the 65th-minute which proved enough to secure all 3pts.

Crystal Palace used their home advantage well against Watford last weekend. A penalty from Zaha in the 31st-minute was enough to defeat the Hornets and confirm their relegation from the Premier League. Kamara was sent-off for the visitors in the 68th-minute but Palace failed to capitalise on their one-man advantage but did see out their 1-0 victory.

Aston Villa: Bailey, Ramsey, Watkins and Hause are the main injury concerns for the hosts this weekend.

Crystal Palace: Guehi, Guaita and Ferguson could all miss the trip to the Midlands through injury. 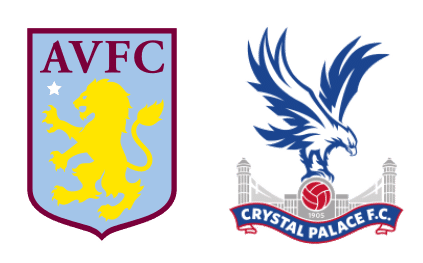