QPR and Coventry have spent large chunks of this campaign in the playoff places and whilst the Sky Blues have dropped away of late, they will both fancy their prospects of a top six finish. Who wins here? Find out with our Coventry vs QPR match preview with free tips, predictions and odds mentioned along the way.

Coventry arrive in this game off the back of two wins on the spin, which will have been good for confidence. They also hold home advantage in this game but, despite that, we think they'll have to settle for a point rather than all three. The reason for that is because they're up against a very good team in QPR. Mark Warburton's men are unbeaten in four and beat West Brom last time out to tighten their grasp on fourth spot. With all that considered we see them sharing the spoils; it would suit QPR more than the hosts.

Someone will fail score

Our next tip is that both teams will not score. QPR have seen their last two games end with a nil in the score line whilst two of Coventry's last three have also seen at least one team fail to score. Furthermore you've got the head to head record to draw on. Three of the last five matches have ended with someone blanking including in the last two meetings. With all that considered, even if someone does find a way of taking the three points, it won't be a game where both teams trade goal after goal.

Check out the key stats & form for Coventry vs QPR

The playoffs would have been the target for these two ahead of the start of the season and it's still achievable for both. What's more, nothing will help cement their top six ambitions more than taking three points off a league rival; there is plenty at stake.

Coventry have seen their form wobble after a terrific start to the season. It's seen them drop into upper mid table but two wins on the spin and games in hand means a top six finish is very much on for them if they get back to winning ways. There are easier games than QPR but a win would be of double benefit.

QPR have been in sparkling form of late winning their last three league games and progressing in the FA Cup. An away trip to another side with playoff aspirations will be a bigger test than many of those recent successes mentioned though.

A brief FAQ ahead of Coventry vs QPR 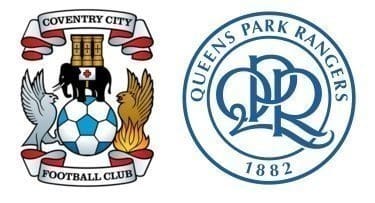