Coventry host Millwall here aiming to get their home form up and running again. Can they take three points from the Lions? Find out with our Coventry vs Millwall match preview with free tips, predictions and odds mentioned along the way.

Coventry to take the points

It wasn't too long ago that Coventry sat top of the home league table. Unfortunately for the Sky Blues, that has changed in recent weeks with the club now winless in two at home and having won just one of their past five home matches. Despite that latest form being far from what it was, we still fancy them to beat Millwall. Why? Firstly, Millwall aren't great away from home as they sit down in 17th in the away focussed standings. On top of that, they've lost three of their last four games on the road taking just one point from the 12 available. Finally, we can look to the head to head record; Coventry have won three of the last five games where they've hosted Millwall with the most recent game – in May 2021 – ending in a crushing 6-1.

As a fixture, Coventry vs Millwall doesn't necessarily jump of the page but we think this will be a good match and fancy there to be goals. We're making the prediction of an over 2.5 total goals bet. Here is why. Firstly, the last time these two met with Coventry as the home team they served up seven goals. Seven goals in a game isn't something that happens every time but they do tend to serve up goals when they face one another; three of the last five on Coventry's patch have gone over 2.5 goals. In more general terms, Coventry have seen three of their last five home games pass 2.5 with Millwall hitting the three goal mark in their last two away matches.

All the stats & odds for Coventry vs Millwall

Coventry vs Millwall: Check out the team lineups

This is a match that sees two sides with little between them in terms of league standings lock horns. Despite their close proximity in the table, one side is looking to the playoffs whilst the other is seemingly set for a second half of the season based on pride and simply finishing as strongly in midtable as possible.

Coventry come into this game winless in five and slipping down the table after looking so good for a playoff chase earlier in the season. That's still possible but they need to start winning games soon. Thankfully, they have a largely clean bill of health as they set up to face Millwall.

Millwall are only four points behind their hosts right now but whilst we back the Sky Blues to still have a shot of the top six, that's unlikely for Millwall who look destined for midtable. They could move to within one point of Coventry with a win though although they'll need to do so without a few players with Ryan Leonard perhaps the key player missing.

The final word on Coventry vs Millwall 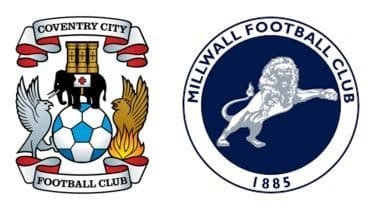