Coventry vs Luton: Our betting tips

As things stand, it's plausible either of these teams can make the playoffs although Luton look the most likely to do so. Can the Hatters take a vital three points here? Find out with our Coventry vs Luton match preview with free tips, predictions and odds mentioned along the way.

This tip is all about trying to find the value in the betting odds, which is why we're going for an under 2.5 total goals bet. Luton are the team that bring the doubt with four of their last five away games going north of the 2.5 mark. Countering that though is Coventry's home form; their last four at home have all gone south of 2.5. Three of the last five meetings between these sides where Coventry have been the home side have gone under 2.5 whilst averaging a total of just 1.8 goals per game.

Check out the key stats & form for Coventry vs Luton

If you were asked a few months ago what team were most likely to make the top six there would probably have been a fair few leaning towards the Sky Blues. Coventry have dropped off in the second half of the campaign though whilst Luton have quietly gone about their business. Both though could force their way into the playoff conversation though.

Coventry started this season really well but they've not been good enough lately and, whilst still possible, it feels like their chances of making the playoffs are done and dusted. That said. if they beat Luton they'll move level on points with the Hatters who sit in eighth.

Luton are only three points above Coventry but the whole playoff picture feels very different for them. They're only one point behind sixth and, importantly, they have showed the ability to string wins together in recent weeks. Another win here would all but kill any hope Coventry have of making the top six whilst strengthening their own hand.

A brief FAQ ahead of Coventry vs Luton 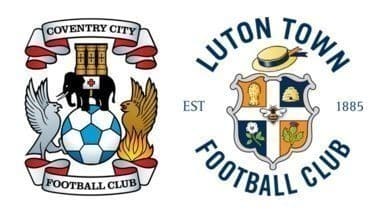