Both Copenhagen and Brondby have made disappointing starts to the new Superliga season and both will be viewing this weekend's clash as a big chance to get back to winning ways. Hosts Copenhagen are the big favourites with the bookmakers and Brondby do face a tough challenge as they have won at this ground since 2020.

Copenhagen have won four of their last six games against Brondby and we're backing the home side to secure all 3pts once again this Sunday. Copenhagen might have lost their last home game but since then they did beat Fremad Amager at home in a friendly, while Brondby have lost their one and only away game against Silkeborg and were unable to defeat Pogon Szczecin on the road in the last round of Conference League qualifiers.

There is a good chance that we will see both teams score this weekend as both sets of defenders have looked vulnerable this season. Both teams have scored in five of the last six meetings between these two clubs, while four of Copenhagen's last four matches and two of Brondby's last four fixtures have also produced goals at both ends of the pitch.

Copenhagen started their trip to Viborg well, taking the lead through Claesson in the 7th-minute. However, this proved to be a false dawn for the visitors as Viborg scored three times to take a 3-1 lead. Biel pulled a goal back for Copenhagen in the 62nd-minute but Viborg scored in stoppage-time to secure an impressive 4-2 victory.

Brondby would have been expecting a tough game away at Silkeborg and didn't help themselves by conceding after just 7-minutes. The game was close and competitive throughout but as Brondby pushed for an equaliser in the second half it opened up space in their defence which Salquist took advantage of 7-minutes from time to wrap up a 2-0 home win for Silkeborg.

Copenhagen: Kamil Grabara and Akinkunmi Amoo are the two main injury concerns for the hosts.

Q&A for Copenhagen vs Brondby 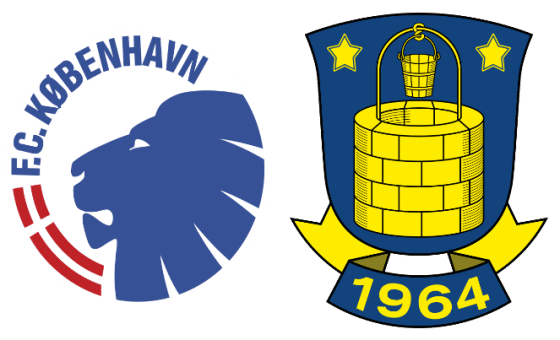