Copa Libertadores group stages are over and we are now entering the knock-out stage of the competition. So, keep reading to learn more about this competition and to get some free betting tips.

Both Teams to Score -Yes

As we already said, the group stages of Copa Libertadores are now over and the Top 16 phase of the competition is ahead of us. So, these are our favourite betting tips for the first legs of the Top 16 stage:

Even though Cerro Porteno is a very good team and they deserve respect, their chances of getting into the next stage are pretty slim since they have to face Palmeiras in the Top 16 round.

Not only is Palmeiras the reigning champion of Copa Libertadores for two times in a row, but they are also the only team that had all six wins in the group stages, along with an impressive +22 goal difference. So, we expect Palmeiras to win this game and take the advantage ahead of the rematch in Brazil.

We know that important matches in the knock-out stages of Copa Libertadores aren't often high-scoring affairs, but we expect to see at least three goals in this game.

Velez vs River Plate: Both Teams to Score – Yes

Both teams scored in just two of the last five h2h meetings between Velez and River Plate, but we can see this happening in their upcoming duel in Copa Libertadores Round of 16.

After all, both teams scored in 83% of all Velez games in the Copa Libertadores so far, while the same is true for 50% of all River Plate matches in the group stages of this competition..

Place your bets at Grosvenor Sports>>

All of these Copa Libertadores betting tips are available to wager on right now. As you can see, there’s still plenty of time to place your bets, but keep in mind that these odds could fluctuate between now and the time the matches kick-off. 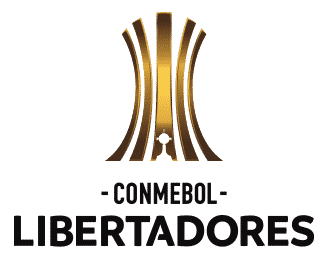 While the season in many of the competing nations in South America is yet to start, the outright odds for the future winner of Copa Libertadores are already out.

The odds for other outright markets like the top scorer are not out yet and they might be hard to find even later, so let's take a look at the outright odds for the winner of Copa Libertadores:

Place your bets at Grosvenor Sports>>

This is a very interesting group since we have the defending champions Palmeiras in it. Next to them, who are the top favourites to get out of the group, we also have Emelec, Deportivo Tachira, and Independiente Petrolero. All three of them have chances to get to the next stage, but Emelec is probably the best team on paper.

We can safely say that Group B is the most unpredictable one since all four teams have reasons to hope to make it to the next round. In this group we have the reigning Copa Sudamericana winners Athletico Paranaense, along with Libertad, The Strongest, and Caracas. While we expect a close race, we can see Athletico Paranaense and Libertad coming on top of this group.

Group C features two Argentinian teams, a Brazilian team, and an Uruguayan team, so it's clear that it's a strong group. Estudiantes and RB Bragantino are probably the closest to progression, but we wouldn't rule out Velez and Nacional Montevideo either. So, in a nutshell, this is another close group to follow.

We will see the city derby between America and Atletico Mineiro in this group, which should be very interesting. In addition to these two teams, Group D also includes Independiente Valle and Deportes Tolima. It is a very interesting group – Atletico Mineiro is the clear favourite as the reigning champion of Brazil, while the other three teams will likely compete for the second place.

Boca Juniors, Corinthians, Deportivo Cali, and Always Ready are the teams in Group E. Clearly, Boca Juniors is the biggest name in the group, but they haven't been the force lately as we are used to. So, this seems like a pretty open group as well and we truly don't know what to expect here.

The reigning champions of Argentina, River Plate, are the main favourites to top Group F, while Colo Colo, Alianza Lima, and Fortaleza will look for their chances to progress. Our favourite, next to River Plate, is Colo Colo and we expect them to finish second in this group.

This is the only group without Brazilian teams, which makes it pretty unpredictable just because of it. Cerro Porteno, Penarol, Colon, and Olimpia are all hoping to get to the next stage and we can see them fighting it out until the last round. Perhaps Colon and Cerro Porteno are a bit ahead in our opinion, but ultimately, it's a very close group.

The last year's finalists of Copa Libertadores, Flamengo, is certainly the main favourite to top Group H. The other three teams all have a chance to fight for the second place – Sporting Cristal, Talleres de Cordoba, and Universidad Catolica.

Bookmakers to register with for Copa Libertadores

Despite still being relatively new in the online betting market, Grosvenor Sports can compete with many bigger names in terms of odds, betting markets, and the sheer volume of sports and leagues you can bet on.

Bet365 almost always has great odds for betting on soccer, especially for the Copa Libertadores! And since the site also has a superior mobile app, you can track the event live and make additional bets as and when you please. Take the most out of the sign up offer as detailed here.

As you may know, Ladbrokes gives members a daily odds boost for soccer, which means that if you use this for the Copa Libertadores, you will get some serious value. It’s also one of the most reputable bookmakers in the nation.

With years of entertaining sports punters all over the UK, William Hill is always a great choice for soccer betting. These guys have a fantastic desktop site, a great mobile app, and of course, – William Hill always whips up competitive odds for events like Copa Libertadores.

Can I watch the game with these bookmakers?

Many bookmakers offer you the chance to watch the games you bet on if they have the coverage on their websites.

Will I get the chance to cash-out my bets?

Yes, if you make a bet that is performing well. The sites we’ve mentioned all support the cash-out option on the mobile app and desktop, and you can track these offers during the event.

If I win a bet, when will my winnings be credited?

If you do place a winning bet, whether from our Copa Libertadores betting tips or off your own back, your winnings will usually be added to your balance following the conclusion of the Copa Libertadores event.