The Chile vs Argentina duel in the upcoming round of South American WC Qualifiers is an important one, especially for the home team. So, we have prepared a detailed preview of the game, along with some free betting tips.

Our latest Chile vs Argentina betting tips and picks

If you are struggling to find the right bet for Chile vs Argentina, take a look at our top betting predictions for this duel:

Chile and Argentina to Draw

Chile has won three of their last four games in the WC Qualifiers and now they are in position to fight for a spot at the World Cup, but the competition is fierce ahead of the final four games.

Meanwhile, Argentina already clinched their qualification and they probably won't push that hard for a win. Still, they won't go out to lose either, so a draw sounds like a reasonable outcome – especially since these two teams drew in their last three h2h duels.

Both teams scored in three of the last four head-to-head meetings between Chile and Argentina, so we won't be surprised to see that happening again in this game.

That being said, both teams scored in just 38% of all Argentina matches in the group, while the same thing happened in 43% of all Chile games in these qualifiers.

The highest odds and useful stats for Chile vs Argentina

If you are looking for the best Chile vs Argentina odds, you can check our selection of odds taken from the top UK betting sites:

While the guests are already secure in their pursuit of place in the World Cup, the home team still has a chance to make it. So, let's check the teams out in more detail:

While Chile had a very poor start to these Qualifiers, they managed to get in form at some point and now they are still in play for a direct spot at the World Cup. With three wins in the last four games, Chile is on a good run, but they will have to keep doing well in the remaining matches since seven teams still fight for the remaining spots that lead to World Cup or intercontinental playoffs.

Good news for the Chile is the fact that they are almost complete. The bad news is that the only player they are missing is perhaps their most important one, Arturo Vidal

The reigning champions of South America have already secured their place at the 2022 World Cup in Qatar, so they can play the remaining four games in the group in a relaxing mode. The team has eight wins and five draws in their 13 games played, which means that they haven't yet lost a game in these Qualifiers, just like the group leaders Brazil.

In this match, Argentina will be without their captain Leo Messi who stayed in Paris after dealing with COVID-19 recently. Also, Cristian Romero and Joaquin Correa are unavailable as well due to injuries.

The usual questions for Chile vs Argentina 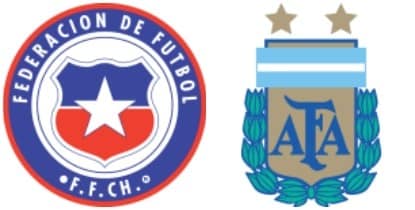